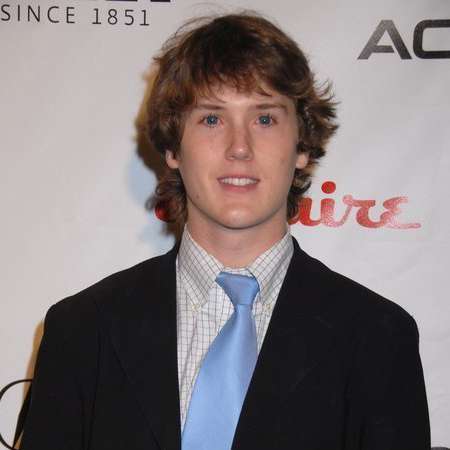 Spencer Treat Clark is an American actor who has worked in a number of movies and TV series. He came in the limelight following his role in the movie Gladiator, Mystic River, and more.

American actor Spencer Treat Clark is known best for his appearance on several films of high caliber, including Gladiator, Mystic River as well as Unbreakable. He was born on the 24th of September, 1987 and has been involved in the acting fraternity since 1995. His expertise and appearance on films has made people curious about him and bio and career details of this actor have been searched by people all across the world.

Spencer Clark was born in New York City and was enrolled in the Hindley Elementary School situated in Darien, Connecticut for his education. He graduated however from The Taft School situated in Watertown and then pursued a career in the field of acting.

His bachelor degree in political science and economics was obtained from the Columbia University. The brother of playwright and screenwriter Eliza Clark, Spencer started his career as an actor on the year 1995.

Spencer Treat Clark appeared in the television show named Another World first. Owing to his success in the role he played, he was cast later in the film Arlington Road where he portrayed the character of Grant Faraday. This role too was highly acclaimed.

After this, he was cast on the television film It Was Him or Us as Jesse Pomeroy. His other roles were in the movies Double Jeopardy, Gladiator, The Babysitters, Loverby, The Last House on the Left, Camp Hope, The Last Exorcism Part II, Druid Peak, Much ado About Nothing, Cymbeline, The Town that Dreaded Sundown, Superheroes etc.

He has also appeared on television in the role of Steven on Another World, Kyle on Third Watch. Kenny on The Good Wife, Jesse on The Closer, Kelly on Mad Men as well as most recently on his most notable role as Alexander Braun/ Werner von Strucker on the Agents of S.H.I.E.L.D.

Spencer Treat Clark has earned a good amount of money from his career. His net worth as per some sources is estimated to be around $1 million. In the year 2000, the actor was a cast in the movie Gladiator which became the biggest hit at the box office racking up over $460 million worldwide against $103 million budget.

While the television and film roles of this actor has been highly appreciated by fans all over, the details in regards to his personal life have not been known much by fans and critics all over. He seems to be either very secretive about his personal life or is actually single. He has never been associated with anyone from the acting fraternity and his girlfriend and affair history seems to be absent from news tabloids all over.

Neither has he ever been rumored to be dating anybody from the acting fraternity. He seems to have never been married as any information about his wife or spouse is available. He also does not have any children yet. It however seems that he is straight as no information about him dating anyone from his own gender has been known in the news tabloids.