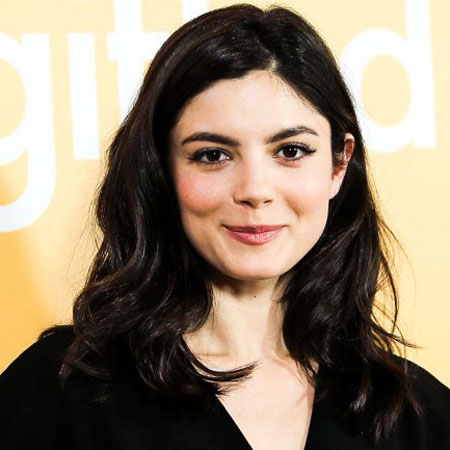 Monica Barbaro is an American actress is best known for her role as Yael on the critically acclaimed TV series Unreal, appearing in the second season. Before pursuing a career in acting, she was a ballet dancer. She then got to play one of the lead characters in the NBC legal drama Chicago Justice.

According to her social media, her boyfriend is Connor Tillman. In the pictures they shared, they look more like a couple than friends.

Monica Barbaro was born on June 17, 1990, in San Francisco and grew up in Mill Valley, Calif. Her birth sign is Gemini. She belongs to white-American ethnicity and holds an American nationality.

As a kid, she was interested in dancing, so she decided to study in the same field. She has got a bachelor of fine arts degree in dance from New York University's Tisch School of the Arts, also where she attended her first acting cla s ses. She is a cla s sically trained ballet dancer and also has studied salsa, modern dance, West African dance and flamenco.

After graduation, she went on to attend acting cla s ses in many schools in Los Angeles and San Francisco, Beverly Hills Playhouse is one of them.

Monica Barbaro wanted to pursue a career in dancing, but ultimately her interest changed, and she got into acting. Her first lead role was in the viral short film It's not about the Nail.

In 2015 she appeared in Stitchers in one episode followed by roles in Hawaii Five-0 and Cooper Barrett's Guide to Surviving Life in 2016. The same year she played the character Yael in the second season of TV series Unreal alongside cast Shiri Appleby, Craig Bierko, Freddie Stroma, and Johanna Braddy among others.

In 2017, she landed a lead role as Anna Valdez in NBC legal drama series Chicago Justice opposite Philip Winchester, Jon Seda, and Joelle Carter among others. As of 2018, she will appear as Cara Vasquez in the upcoming TV drama series The Good Cop.

Monica Barbaro has acc u mulated an estimated net worth six-figure digit from her acting career. She only started acting from 2015 and is yet to make a mark in the film industry.

Barbaro is living a celebrity lifestyle and often posts pictures of her traveling to amazing places. She has 17.5k followers on Instagram.

Monica Barbaro is possibly dating Connor Tillman according to her post on her Instagram. Both her and Tillman have posted pictures which suggest that they are in a committed relationship. Tillman also has supported Barbaro in her acting as he often shares her work in his social media. However, both of them have not confirmed being in a relationship.

Here's a short video of Monica Barbaro talking about working on Chicago Justice.