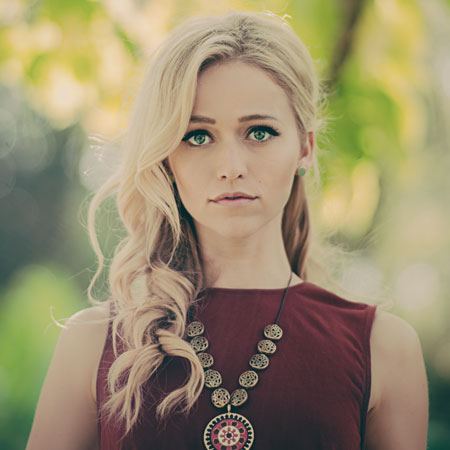 Johanna Elizabeth Braddy is very beautiful and gorgeous actor, better known for her leading role in the 2009 horror movie, The Grudge 3.

Johanna Braddy was born on August 30, 1987, in Atlanta, Georgia, U.S.  She is the daughter of Jo Beth and Steve Braddy. She has a brother named Cole Braddy. She is an American by nationality and belongs to the white ethnic background.

Born and grew up in Georgia, Braddy attended McIntosh High School in Peachtree City, Georgia, where she was the captain of her high school dance team. She completed her education and graduated from high school in 2005. She started her career working with a performing arts company, The Atlanta Workshop Players.

Braddy made her screen acting debut in the movie named Pop Rocks in ABC Family television, where she played a role as Olivia Harden. She has also performed voice acting in Avatar: The Last Airbender as her debut playing the role of Princess Yue.

Braddy has also played small roles in the movies such as Broken Bridge, Home of the Giants and Whore. She has performed in many of the television shows in her career. She had reiterating roles in the FX drama, The Riches, ABC Family teen comedy-drama, Greek and VH1 soap, Hit the Floor.

Braddy has also made guest appearances in various television series including Cold Case, Southland, CSI: Crime Scene Investigation, Suburgatory, and Shameless. She played her first leading role in the horror movie, The Grudge 3 in 2009. She even played the supporting role in the teen comedy, Easy A with Emma Stone.

Braddy played a role as Anna Martin on Lifetime dark comedy-drama series, Unreal in 2015. She played as Shelby Wyatt on ABC thriller series, Quantico along with many other star casts including Priyanka Chopra, Yasmin Al Massri, Graham Rogers, Jake McLaughlin and Aunjanue Ellis.

Talking about her personal life, Braddy is a married woman. She married her boyfriend, Josh Blaylock on November 11, 2012. Josh Blaylock is a co-star from Video Game High School, and the couple met each other while working in this series.

The couple divorced and ended their relationship in early 2015. The divorce was confirmed when she announced her relationship status on her verified Twitter account at the end of June 2015.

Braddy started dating Freddie Stroma, an English actor, and model of Swedish and German descent, in the summer of 2015. After having an affair for about a year, the couple was engaged on May 15, 2016.

The couple got married on December 30, 2016. She is currently living with her husband in Ascot, in the Berkshire County, about 25 miles west of London.

Braddy follows Christianity as her main religion. She has reached the age of 29 now. Her birth sign is Virgo.

Johanna has an amazing height of 5 feet 7 inches and weighs 121 pounds. Her hair color is blonde, eye color is green with the perfect dress size of 2 (US) and shoe size of 9 (US). She is sexually straight and has splendid body measurement of 33-23-32 inches. She has a net worth of $3 million.