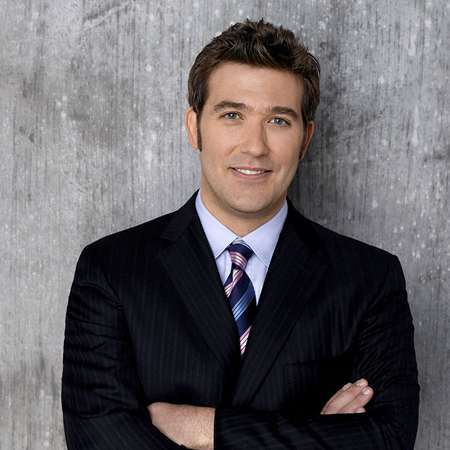 Craig Philip Bierko was born on August 18, 1964, in Rye Brook, New York to his parents Pat and Rex Bierko, both of whom ran a local community theatre. As he grew up in a house that promoted acting, Craig decided to pursue an acting career. Bierko's mother was born a Jewish but later converted to Roman Catholicism. He is of American nationality.

Craig went on to attend Boston University with an intention of studying broadcast journalism at the School of Public Communications. However, he joined Northwestern University and then graduated in 1986 with a BS in theater arts from the School of Speech.

In 2005, Craig starred as Max Baer in Cinderella Man, alongside Russell Crowe, Renée Zellweger, Paul Giamatti, Craig Bierko, and many others. He was seen in Scary Movie 4, Danika, For Your Consideration, Meet Bill, Company, The Change-Up and many more. Craig made his debut in TV in 1987 in an episode of Roomies as character Dale.

Craig is currently 51 years old and stands tall at the height of 6 feet 2 inches. His net worth is estimated to be $ 3 million.  Bierko has received many awards and titles like Shorty Award for Humor in 2014, 100 Most Creative People in Entertainment, Sexiest Broadway Star by People.

Bierko doesn’t have a long history of girlfriends, affairs and breaks ups. Craig had an affair with Gretchen Mol in 1990. He then went on to have a relationship with the prominent actress, Charlize Theron in 1995.

The couple seemed happy enough but the relationship lasted for only about 2 years. In 1999, he had a relationship with Janeane Garofalo. He has not married till date and does not have any children.