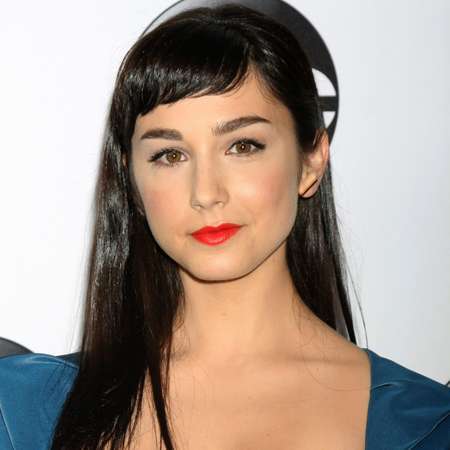 Molly Ephraim is an actress and a well-known theater artist too. She has made her appearances in several films, television, and Broadway/off-Broadway theater productions. She is best recognized for her portrayal of Mandy Baxter in the ABC sitcom, Last Man Standing. Some of her successful projects are Brockmire (2017), Halt and Catch Fire (TV series) (2017), and Casual (TV series) (2018).

The actress has also collected a good amount of net worth from her successful career.

Molly Ephraim was born on May 22, 1986, in Philadelphia of the United States. She is an American actress working from the year 2002 with the great ratio of success and accomplishment across. She has presented herself in several television programs and films.

Molly's mother name is Nina Zebooker and her father name is William Ephraim. Her most of the childhood days were spent in Bucks County as her father had his personal business there, at that time.

Molly Ephraim joined Prince Music Theater at the very time where she was engaged in the task of professional production. Later, in her teenage, she also became a part of the Arden Theater Company. She graduated from Princeton University where she studied Religious Studies as her major subject.

She was also an active member of the Triangle Club when she was associated during her college days. This beauty, raised in a Jewish family, made her debut in the year 2002. There in the movie, she portrayed Little Red Riding Hood. She was also listed as a nominee for the  Drama League Award.

Then there was and is no looking back for this pretty success has been visiting her often. She recently appeared in the TV series Last Standing Man alongside Nick Jones, Tim Allen, Flynn Morrison, Nancy Travis, and Alexandra Krosney. In the year 2018, the actress was a cast in the movie The Front Runner and Casual.

Molly Ephraim's Net Worth, Salary, And Major Source Of Income

Molly Ephraim has earned a considerable amount of money from her various works. She has an estimated net worth of around $1 million, as per celebrity net worth.

In the year 2010, she played the role in one of the 2010's box office hit movies Paranormal Activity 2 which made over $177 million worldwide against its producing cost $3 million. In the movie, she played the role alongside Sprague Grayden and Katie Featherston as well.

In 2008, Ephriam also made an appearance in the movie College Road Trip along with Martin Lawrence, Raven-Symoné, Brenda Song, and Margo Harshman. The movie grossed more than $51 million.

Molly Ephraim is an unmarried woman. She is not dating anyone currently (publicly). Ephraim frequently travels during her leisure time.  She has a cute dog and she frequently shares his pictures on her social media. And she said that her dog is her son.

Molly Ephraim has kept distance when it comes to sharing her personal stuff. Molly has not even dictated by now if she is married or not. She has neither made her affair public.

Rumors have it that, Molly has an affair with someone of her own nationality and has introduced him to her close friends as her boyfriend.

As of 2019, Molly has over 75.8 K on her Instagram account. She has also a great attachment to animals