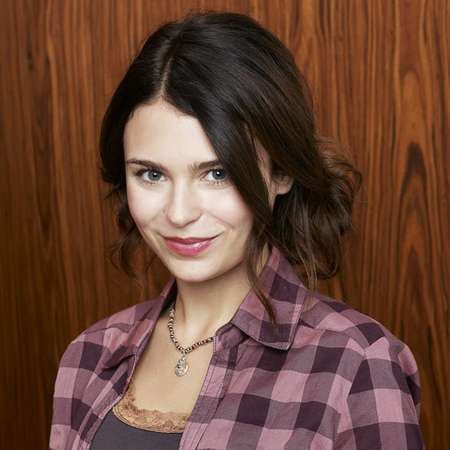 Alexandra Krosney is a former American actress best known for her role as Kristin Baxter in the first season of the ABC sitcom Last Man Standing. She has appeared in many movies and TV shows in her career. In 2016, she appeared in the short film Twenty-Three Pints. She, however, has disappeared from the limelight since then and seems to have said goodbye to her acting career. On the other hand, she is living a single life lavishly with a whopping net worth of $1 million.

Alexandra Krosney was born Alexandra Benjamin Krosney on January 28, 1988, in Los Angeles, California. As far as her ethnicity is concerned, she belongs to the White American ethnic group and holds an American nationality.

Krosney was very keen on acting since her early childhood days. She worked in independent films, theatrical plays and even worked as a model.

At the age of 14, Krosney put her step on her acting career in 2002. She kicked off her career from a pilot episode of an American TV series, The Grubbs. The following year, she appeared in an episode of the series, Without a Trace.

Television Career: Why Was She Replaced In The Last Man Standing?

After making an appearance in an episode of The Grubbs, she began getting so many role offers and subsequently she started working on several television serials one after another. A year after her debut on the television screen, she worked in an episode of Without a Trace as Young Lianna Sardo.

She then played several characters in television series including Crossing Jordan, Strong Medicine, NCIS, Bones, and Criminal Minds among others. Her other TV works include ER as Trina, Grounded for Life as Angelica, Crossing Jordan as Leann Dawber, Strong Medicine as Francis Raible, NCIS as Nadia Harcourt, and Bones as Amy Cullen.

In 2006, Krosney starred in the TV movie, Read it and Weeps as Harmony. Later, she went on to single episodes of series like Numbers as Josephine Kirtland, Without a Trace as Rebecca Howard, Shredderman (TV movie) Rules as Tina. In the year 2009, the actor played the role in the TV series Psych.

From 2010-12, she voiced the 3 episodes of an animated series Transformers: Prime.

In 2011, Krosney finally bagged the significant role of Kristin Baxter on the ABC sitcom, Last Man Standing. She appeared alongside Nick Jones, Tim Allen, Nancy Travis, and Kaitlyn Dever, among others in the series. Her performance on the show was really appreciated by her fans.

Krosney appeared in the first season of the show (The Last Man Standing). Later, she was replaced by Amanda Fuller in the second season of the show. The channel head described the replacement as the result of creative differences.

Krosney appeared in other TV series including The Last Day of Summer as Diana Malloy, Cory in the House as Blonde Ashley, Criminal Minds as Eileen Bechtold, Lost as Ellie, and CSI: Crime Scene Investigation as Silver.

Krosney played the recurring role of Rhonda in the TV series, Surviving Suburbia. From 2010 to 2012, she provided her voice to Transformers: Prime as character Sierra.

She has retired from the acting world since then.

In 2013, she appeared in a short film The Pinhole Effect. In 2015, she shared a screen with popular actors Sophie Turner, Jessica Alba, Dove Cameron, and Samuel L. Jackson in an action-comedy film Barely Lethal.

The film received a digital release through Direct TV Cinema on April 30, 2015, and a limited release in theaters by A24 and through video-on-demand on May 29, 2015. The movie collected $214,826 only. In 2016, she appeared in another indie film Twenty-Three Pints.

Actress Alexandra Krosney has been working as an actress for over one and a half-decade and during this period, she has worked in several television series and movies which paid her well.

Krosney earned a good amount of money for her work in numerous television series including Last Man Standing where she played the leading role of Kristin Baxter.  According to a source, TV stars are paid $50K- $150Kan per episode as per their experiences.

As of 2020, her net worth is estimated to be around $1 million. The average salary of the actor is around $50,000, so she also might be earning her salary in the same range.

She is active on social networking sites such as Instagram and Twitter with thousands of fan followers.

What Is The Relationship Status Of Alexandra Krosney?

Despite being a famous actor in Hollywood, she has kept her personal life well under the wraps and she rarely posts photos with her male partners on social media.

Prior, she was in a relationship with Kevin Cornish. The couple dated back in 2014.

She is an Animal Lover

The actress is an avid animal lover. She has a pet dog and cat. She plays with them in her spare time. Her Instagram is filled with her pet pictures, her work, and casual pictures.

She also shares her traveling pictures on her Instagram. Krosney travels to different parts of the world. She has also a dog named Barely.