Actress Nancy Travis' Net Worth is around $2 million. Explore her acting Career, Cars and House 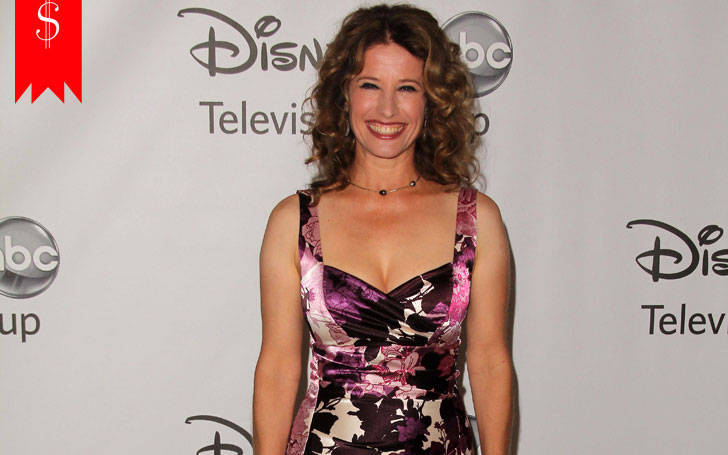 Nancy Travis is an American actress and model best known for portraying the roles in the movies Three Men and a Baby and its sequel, Three Men and a Little Lady, Air America, Internal Affairs, So I Married an Axe Murderer, Greedy, and Fluke. She currently appears as Vanessa Baxter in the ABC sitcom Last Man Standing.

It's been over 35 years that Travis has been active in the field of acting with such a distinguished career. Not only fame and success the actress has gained during her illustrious career, but the actress has also successfully collected a huge amount of net worth. To know all about her source of income, cars, and house stay with us.

Nancy Travis’ Net Worth And Source Of Income

Nancy Travis has been very active in her acting career. She has portrayed in many movies and television series. The net worth of the actress is about $2 million. She earns a good income from television series at current.

Travis owns a very beautiful house in Los Angeles, California where she currently resides. The house was bought by her husband, Robert Fried in June 1994. It consists of 5 bedrooms and 7 bathrooms and covers the area of 7,786 ft. The house was bought for $1.3125 million and is believed to have increased at present.

The actress previously owned another house in the same area which she sold in 2010. She purchased the house in September of 1999 for $690K. The house had 4 bedrooms and 4 bathrooms and covered 2,833 sq ft.

In the year 1987, the actress was a cast in the movie Three Men and a Baby which became the instant hit grossing over $297 million worldwide against its producing cost of $11 million. In the movie, she shared the screen alongside Tom Selleck, Steve Guttenberg, and Ted Danson.

Travis was born in New York City to Theresa and Gordon. She spent her childhood in Boston, Massachusetts, and Baltimore, Maryland. She is a graduate of New York University and later joined Circle in the Square Theatre School. She was married to Robert N. Fried in 1994.