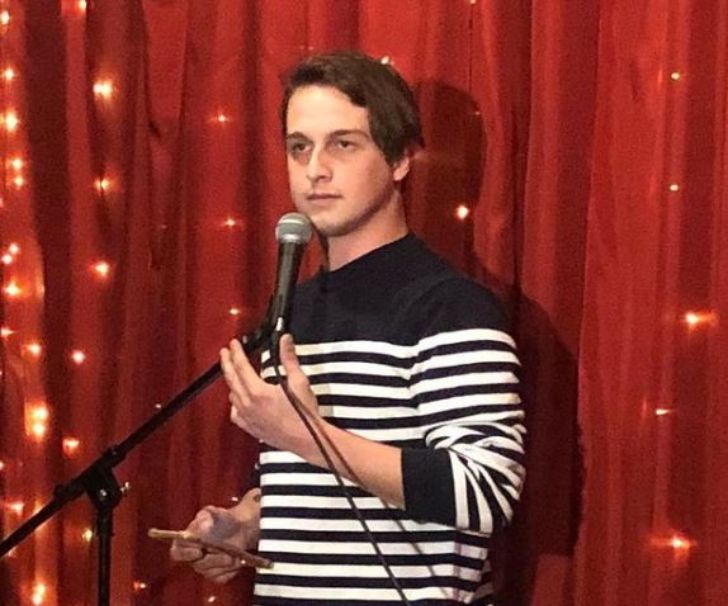 American actor Mitch Holleman stepped into the TV industry by the age of two and forged his way to prominence through commercials. By the time, he turned 5, Holleman made his acting debut and has since worked in many TV series and films. But until now, the Florida-raised actor is famous for portraying Jake Hart, one of the main casts in the TV series Reba (2001-2007).

Born on September 13, 1994, in Auburn, Alabama, Mitch James Holleman begged to be on the television when he was only 2-year-old. He would constantly ask his parents how to be an actor and with the dream of fulfilling the desire of their child, his parents moved to Naples, Florida in 1996; there he was signed to a Miami-based talent agency.

By the time he reached four, he had done two commercials for Burger King and Nickelodeon.

Later, Mitch would go to New York with his mother for a trip and luckily got offered in various commercials along with a guest role in The Sopranos (2000). Subsequently, he became a recurring cast in Daddio (2000, 15 episodes), which would open his path to TV prominence later.

As per online sources, Mitch Holleman has an estimated net worth of $1 million as of 2021. Aside from acting, he makes a considerable sum of money as a stand-up comedian. In the United States, the average annual salary of a stand-up comedian is $58,334.

Throughout 2 decade-long TV career, Mitch worked in 13 on-screen projects including TV series and films but is got wide acclaim after portraying Jake Hart in Reba (2001-07).

There, he would appear in 113 episodes alongside Reba McEntire, JoAnna Garcia Swisher, Steve Howey, Christopher Rich, and Melissa Peterman. Allegedly, the American actor summed up a salary in the 5-digit figure from the TV series Reba.

In 2001, Holleman debut on the silver screen with an American comedy film, The Animal, starring Rob Schneider, Adam Sandler, Brianna Brown, and others. Then, he started in a few movies, Bubble Boy, The Hangover, and Bus Driver.

Here is a list of his movies' box office collection.

Mitch Holleman Is A Married Man- Name Of His Wife?

The Reba actor currently lives in Los Angeles, California, with his girlfriend-turned-wife named Emma. Holleman often shares pictures with her on his Instagram (@mitchholleman). Reportedly, they married on May 16, 2020, amid the coronavirus pandemic in an intimate wedding ceremony, in front of his family members and close friends.

The couple announced their engagement via Instagram on Christmas Eve 2019, but are yet to comment on their courtship. No doubt, they were dating for a copule of years prior to marriage.

Further details on Mitch Holleman's wife are not out. They are yet to share children.

Age, Height, and Other Facts About Mitch Holleman