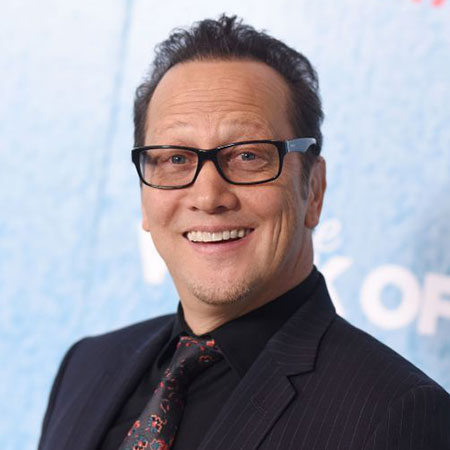 Rob Schneider is an American actor, comedian, and director. He is famous for his amazing sense of humor and wit. Throughout his career, he has played his role in many movies such as 'The Hot Chick', 'The Longest Yard, and 'Grown Ups'.

Rob Schneider was born on October 31, 1963, in San Francisco, CA, the United States of America under the zodiac sign of Scorpio. People who are born under this zodiac sign have a personality like brave,  passion, and stubbornness.

The actor holds an American nationality and belongs to mixed ethnicity of Jewish, Catholic, and Filipino. His mother’s name is Pilar (née Monroe), she is a former kindergarten teacher and ex-school board president. His father’s name is Marvin Schneider, a real estate broker.

Schneider has an older brother John Schneider, who is a producer. The comedian studied at Terra Nova High School and graduated from there in 1982.

After his graduation from high school, he attended San Francisco State University for his further education.

When the actor was in high school, he entered into stand-up comedy and opened for the San Francisco favorite band, Head On. After Rob graduated from high school, he set off to chase his career in standup comedy. He even did the opening for famous people such as Jay Leno, Jerry Seinfeld, and Dennis Miller.

In 1988, Rob has offered a job as a writer at the late NBC sketch comedy series, Saturday Night Live which was his breakthrough work for Schneider. While he was serving as a writer, he was promoted to the position of a featured player and he eventually became a full cast member. The media personality was featured in the video of The Bad Boys of Saturday Night Live along with his friends Adam Sandler, Chris Rock, David Spade, and Chris Farley. In 1994, he started his career as a film actor. Some of the early movies that he played his role in our Surf Ninjas, Jade Dredd, and Demolition Man.

Schneider also made his appearance on the TV Series Coach. In 2007, he put on the hat of a director with the comedy flick Big Stan. He has also appeared in numerous comedies starring his SNL comrade Adam Sander, most recently in the 2010s Grown-Ups. While working on SNL he became a close friend with David Spade.

Schneider had an estimated net worth of $15 million before some years. However, the actor has been succeeding in collecting $8 Million in 2022. He has collected a decent amount of money from his profession as an actor, comedian, and director.

He started doing stand-up in high school where he used to work in nightclubs The Other Café and Holy City Zoo. In 1988, he started working at SNL and worked as a writer. 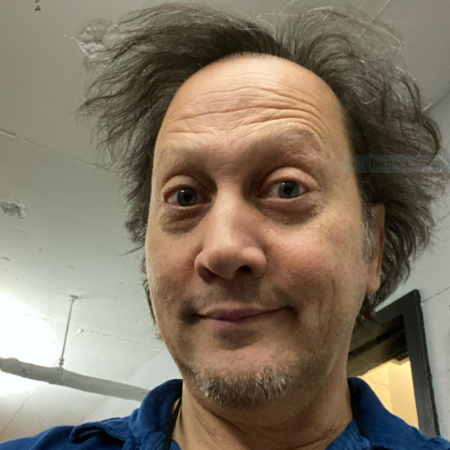 CAPTION: Rob Schneider has earned a million dollars net worth as a comedian SOURCE: Instagram @ iamrobschneider

According to the source, the average salary of an actor is about $50,195 per year. To talk about film directors, earn about $92,220 per year.

The Hot Chick alum is currently married to television producer and actress Patricia Maya Schneider. Patricia is famously known for her role in Real Rob, CuentameLove, and Guerra De Chistes. They got married on April 23, 2011, after some years of dating. They are living their happy married life together.\\\

After a few years of their marriage, they welcomed their first baby girl Miranda Scarlett in 2012. The family of three was again blessed with a second child Madeline Robbie Schneider in 2016. As of now, Rob is living a happy life with his two kids and his loving wife.

Before tying the knot with his current wife Patricia, Rob was married to Helena Schneider from 2002-2005. Helena is an American singer and actress who was born and raised in Brooklyn, New York.

Moreover, he was married to his first wife London King, a model. The pair who got married in 1988 welcomed a daughter named Elle King Schneider in 1989. Their first daughter Elle is an acclaimed musician who goes by the stage name Elle King. After just two years of conjugal life, Rob Schneider and London King divorced in 1990.

In the video shown below, Rob Schneider takes us back in time to his funniest roles, from his stint on 'SNL' to his time on 'Seinfeld' to, of course, the Sandler years.