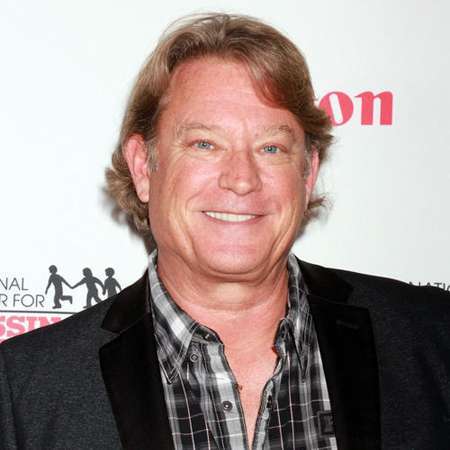 Christopher Rich Wilson was born on September 16, 1953, in Dallas, Texas. He spent most of his childhood days in Dallas. Rich is of white ethnicity and holds an American nationality. Not much is known about his ancestry, his parents, and his siblings. He was always interested in acting thus he decided to take up an acting career. He did have to struggle a lot to get where he is today.

Christopher Rich attended the University of Texas and received a master's degree in theater arts from Cornell University. Rich came into the limelight in 1981 with his role in another World as Sandy Cory. He then went on to star in many movies and television series like The First Time, The Recovery Room, and Sweet Surrender. He then appeared in 19 episodes of The Charmings as Eric Charming from 1987 to 1988. He came into the limelight after starring in 22 episodes of 1989 in Murphy Brown as character Miller Redfield. He further went on to be seen in Empty Nest, Archie: To Riverdale and Back Again, ABC Afterschool Special, In the Line of Duty: A Cop for the Killing, Married People, Flight of the Intruder, Babes, The Gambler  Returns: The Luck of the Draw. He has been seen in 4 episodes of Sibs in 1992. Since then he has been seen in The adventure of Brisco County, Jr., Babylon 5, The George Carlin Show, Mr. & Mrs. Smith, Renegade, Hope and Gloria, Nash Bridges, ER, The Lone Gunmen, Boston Legal, Desperate Housewives, Melissa and Joey and many more. He has had a successful acting career and his fans want to see more of him in the future.

Christopher does not have a long dating history. Christopher Rich met spouse Nancy Frangione while in the sets of Another World. The couple fell in love and got married in 1982. The couple adopted a daughter named Mariel Rich. Later due to some dispute, the couple had a divorce in 1996. Rich began having an affair with Miss Poland in 1985, Ewa Jesionowska. The couple went on to get married in 2003. Ewa is also a former gymnast who participated in the 1980 Summer Olympics held in Moscow. The couple has fraternal twin daughters named Lily and Daisy Rich. All in all, rich has three children and is living happily with his second wife. There have been no reported disputes or divorce since his marriage with Ewa.

Rich is currently 62 years old and stands tall at the height of 6 feet 1 inch. He has been gaining a lot of weight recently. Rich’s net worth is estimated to be a total of 1.5 million dollars which shows his huge salary coming from his successful acting career. Rich has a huge fan following. His bio can be found on many social media sites like IMDb, Twitter, and Wikipedia.

Another World Reba The Charmings