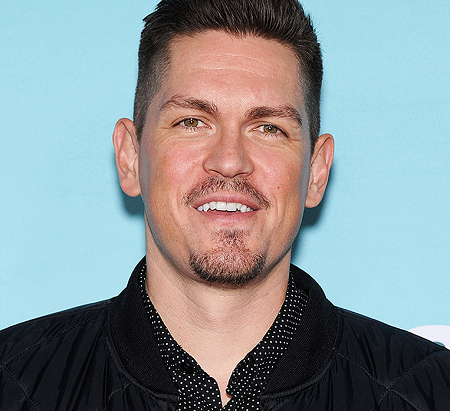 Steve Howey is a rising American actor known for appearing in movies like Something Borrowed, DOA: Dead or Alive, Supercross, Bride Wars, among others. The 43 years old actor also grabbed huge attention for his relationship with Iranian-American actress Sarah Shahi.

Steve’s full name is Steven Michael Robert Howey. He was born on 12th July 1977 in San Antonio, Texas, the United States of America. The 43 years old actor moved to Denver, Colorado, to Texas for high school.

The name of his parents is father Bill Howey and mother Carla Novinger. He studied at Northeastern Junior College.

Steve began his acting career in 1994, appearing in guest roles on numerous television shows. Till the date, he has worked in dozens of television series like Pacific Blue, ER, Get Real, Twins, Reba, Any Day Now, New Girl, Sons of Anarchy, SEAL Team, Dead to Me, Law & Order: Special Victims Unit, Jennifer Falls, Shameless, Love Bites, Ctrl, The Beast, Surviving Suburbia, and so on.

The actor has worked in dozens of projects, including movies and television series. He has been earning a decent figure of money from his acting career.

According to Celebrity Net Worth, Steve Howey’s net worth in 2020 is around $2 million. As an actor, he earns $50 thousand per annum.

Everyone might be familiar that Steve was once a married man. He was married to Sarah Shahi, who is an Iranian- American actress and former NFL Cheerleader.

The former pair, after dating for a while, got engaged in June 2007. Two years later, on 7th February, the couple exchanged the wedding vows in a beautiful wedding ceremony in Las Vegas. In the same year of marriage in July, Sarah gave birth to their first child, son William Wolf Howey.

In March 2015, the duo welcomed twins, daughter Violet Moon Howey and son Knox Blue Howey. The parents of three filed for divorce in May 2020. The reason behind separation is not revealed yet; however, they cited irreconcilable differences as the reason.