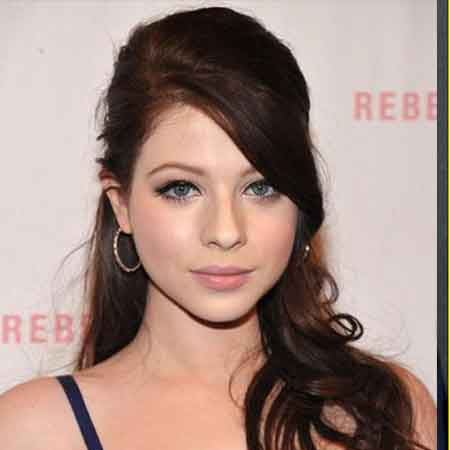 Michelle Trachtenberg who started her career at the age of three is an American actress perhaps best known for portraying the role of Harriet M. Welsch in Harriet the Spy (1996). She is also renowned for her roles Nona F. Mecklenberg in The Adventures of Pete & Pete (1994–1996), Dawn Summers in Buffy the Vampire Slayer (2000–2003) and Georgina Sparks in Gossip Girl (2008-2012).

Michelle Trachtenberg was born Michelle Christine Trachtenberg on 11 October 1985 in New York, U.S. She is the youngest of the two daughters of Lana who is a bank manager and Michael Trachtenberg who is a fiber-optics engineer.

She along with her older sister Irene was raised in Sheepshead Bay, Brooklyn.

I missed #firstheadshot day last week because this one took a while to find, out of my many early #headshots. Don't let the angelic smile fool you, I'm sure I was up to no good. #fbf Happy #friday!!

A post shared by Michelle Trachtenberg (@michelletrachtenberg) on May 4, 2018 at 9:17am PDT

Regarding her education, she attended junior high school at The Bay Academy for the Arts and Sciences. Later she attended Notre Dame High School in Sherman Oaks, California. She was interested in acting since her childhood age.

Trachtenberg began her career at the mere age of three after making the first appearance in TV in a commercial for Wisk detergent.

After this, she appeared in more than 100 commercials. Michelle made her acting debut in the Nickelodeon TV series, The Adventures of Pete & Pete as Nona F. Mecklenberg from 1994 to 1996. In the same year, she also starred on the soap opera All My Children as Lily Montgomery alongside Sarah Michelle Gellar.

Then in 1996, her film career began with the lead role, Harriet M. Welsch in, Harriet the Spy. In the summer of 2000, she appeared in the popular television series, Buffy the Vampire Slayer as Dawn Summers.

She also hosted the Discovery Kids show Truth or Scare from 2001 to 2003. After that, she appeared in the comedy movie EuroTrip. She also had a recurring role in the HBO series Six Feet Under as Celeste, a spoiled pop star for whom Keith Charles served as a bodyguard.

In the year 2005, she featured in a lead role, Casey Carlyle in comedy sports drama Ice Princess. A year later, in 2006, she did two movies; Beautiful Ohio and Black Christmas. In addition, she also appeared in three television series named House, Robot Chicken and Law & Order: Criminal Intent.

Having a ball in #NYC @baublebar with @melissarosenfield! Hmmm, I feel like I still need more jewelry on

Trachtenberg performed on the CW hit show Gossip Girl as Georgina Sparks. She appeared in the season three finale and in season four. She also appeared several times in season five, and in almost every episode of season six.

On June 9, 2011, she made a guest appearance on Love Bites as Jodie, who after being unceremoniously dropped, decided to accept her ex's offer to be friends. She reprised the role again on 16 June 2016, last till the end of the show.

Her other movies and tv series include Weeds, The Scribbler, Criminal Minds, 17 Again, Cop Out, Sister Cities, Last Week Tonight with John Oliver.

In 2001, she won the Young Artist Award- Best Performance in a TV Drama Series: Supporting Young Actress for her performance in Buffy the Vampire Slayer. She has also won other several awards.

Michelle has been a part of the industry for many years appearing in dozens of movies and television series. Along with name and fame, she also gained an impressive income. According to the Celebrity Net Worth, she has an estimated net worth of around $9 million. however, her salary is still under review.

Michelle Trachtenberg has had few high profile affairs in the past, but, as of 2018, she is single and yet to be married.

In April 2014, Trachtenberg was spotted with Kid Cudi leaving the Chateau Marmont Hotel together. Cudi is an American recording artist and actor. In 2012 Trachtenberg dated Josh Groban, American singer, songwriter, an actor as well as a record producer.

Similarly, she was also rumored to be in a relationship with hockey player Brandon Pust.

Furthermore, she was in a relationship with a store manager boyfriend, Scott Sanford from 2008 to 2010 and were engaged at one point.

In 2004, Michelle was romantically engaged to Shawn Ashmore, a Canadian film and television actor, best known for his roles, Jake in the television series Animorphs, Agent Mike Weston in The Following. The former couple dated for almost two years and broke their relationship in August 2006.

Michelle has helped President Bill Clinton to launch The Coalition for a Drug-Free America campaign. She is a good friend of Seth Green, star of Buffy the Vampire Slayer.

Check out her videos at Lifetime's "Sister Cities” Premiere