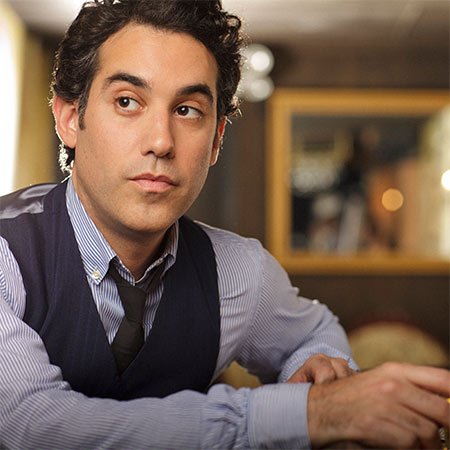 Joshua Radin is an American singer and songwriter. Radin has recorded six albums and his songs have also been used in several movies and TV series. He released his first album ‘We Were Here’ in 2006 and his latest album was released in 2015 named 'Onward and Sideways'.

Joshua Radin was born on 14 June 1974 in Ohio and was raised in Shaker Heights, Ohio. Radin belongs to a Jewish family who is of German, Austrian, Russian, and Polish background. Radin became interested in music when he moved to New York City, when his father brought him a guitar, and taught himself to play and write music.

Although Cleveland native Joshua Radin enjoyed singing during his childhood, he never intended to be a professional musician. Instead, he went on to study painting and drawing at Northwestern University, following his college years with stints as an art teacher, art gallery employee, and screenwriter. Later on, Radin took a stab at songwriting and played one of his compositions, ‘Winter’, for one of his friends Zach Braff.

The popular actor and director Zach Braff took an immediate liking to the Joshua Radin’s song ‘Winter’ and eventually the song was included on his hit television show 'Scrubs' in early 2004. The fans began to love and adore his song on the show and after the positive reaction from the fans, he decided to pursue a songwriting career and signed with Columbia Records, which later on issued his debut album ‘We were Here’ in 2006.

Joshua Radin then relocated to Los Angeles and aligned himself with the Hotel Café, a unique Hollywood venue specializing in, performances by singer and songwriters. Radin soon found himself playing national tour dates with a number of Hotel Café regulars, including Sara Bareilles, Meiko, and Ingrid Michaelson. Later in 2008, he released his second album ‘Simple Times’ and the song went straight to number one on the iTunes. Tracks from the albums were also featured in several TV shows such as ‘Bones’, ‘House’, ‘Grey’s Anatomy’ and so on.

Similarly, talented Joshua Radin released his third album in 2010, ‘The Rock and The Tide’ on Mon+Pop Music. Along with that, he introduced his new album to the world named as ‘Underwater’, in 2012. It was also released with Mon+Pop Music. Followed by his two other popular albums ‘Wax Wings’ in 2013 and ‘Onward and Sideways ‘in 2015.

Currently, the net worth of Joshua Radin is estimated at $16 million dollars while like others he also gets paid by ads, endorsements, sponsorships, featuring and so on.