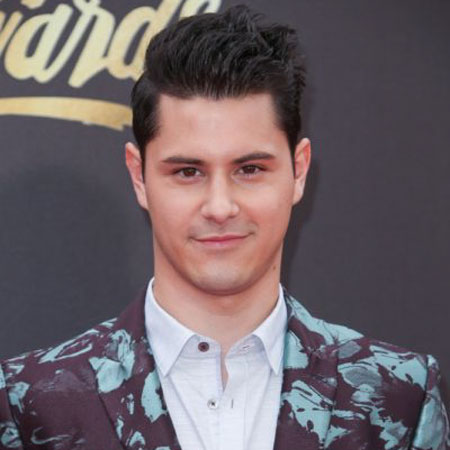 American singer and actor, Michael J, Willett is best known for his roles in the movie, G.B.F., and TV series, Faking It. Willett made his Hollywood debut in 2004 from the TV series, Joan of Arcadia. He appeared in several series, Cougar Town, Without a Trace and United States of Tara among others. He is also involved in music. His debut album was titled Diapason. Over the years he released two albums, Regeneration: Phase I and Regeneration: Phase II.

Michael J. Willett was born Michael James Mansel Willett on 11th September 1989 in Fresno, California under the birth sign Virgo. He is American by nationality and belongs to White ethnicity.

Willett attended Clovis West High School. From the very early age, he was interested to perform. At the age of 13, he moved to LA to pursue a career in acting.

Michael J. Willett made his Hollywood debut in 2004 from the TV series Joan of Arcadia created by Barbara Hall. The following year, Willett appeared in police procedural TV drama series, Without a Trace starring Anthony LaPaglia and Poppy Montgomery.

Willett then appeared in several TV series, Cougar Town, Blue Mountain State and United States of Tara among others. Particularly, he is best known for his role in the MTV’s romantic comedy TV series, Faking It where he shared the screen with Rita Volk, Gregg Sulkin, Katie Stevens, and Bailey De Young.

In 2013, Willett appeared in a teen comedy film, G.B.F. with Sasha Pieterse, Paul Iacono, JoJo and Andrea Bowen among others.

Michael J. Willett has an estimated net worth not less than a million, however, the amount is still under review. Willett’s movie, G.B.F was made with the budget of $3.2 million.

Rita Volk from the TV series, Faking It earns a salary between $15k-$25k per episode. As a cast member of the same series, Willett possibly earns around the same amount. He also has a YouTube channel, Michael Willett from where he earns a good amount.

Michael J. Willett, the rising star, is yet to be married. Willett has not introduced anyone as his girlfriend till date. He is possibly single.

Willett is openly gay. In an interview with The Advocate, he passed a statement,

‘’I didn’t really ever want to make it a thing… I never saw it being something that separated me from anyone else. If anything, I found that it has given me an advantage in the industry.’’

Willett also played a gay character in the TV series, Faking It.

Here is the video where Willett talks about his early career: