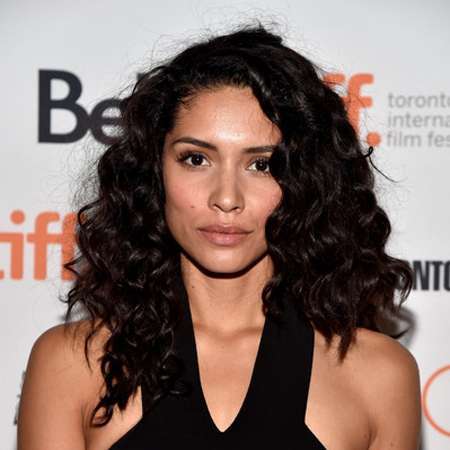 Miranda Rae Mayo is an American television actress better known for her performance in the most hit TV series Blood & Oil.  The actress gained more recognition for her work in another hot TV project The Games. She currently portrays Stella Kidd in Chicago Fire along with Jesse Spencer and Taylor Kinne.

Miranda Rae Mayo was born on the 14th of August, 1988 in Fresno, California. Her ethnicity is Latin. She attended Roosevelt School of Arts where she started acting and also appeared in local stage productions.

Miranda relocated to Los Angeles and started her modeling career. After that, she made her television debut. Her first appearance on TV was through the TV series called Law & Order: LA in the role of Anna in 2011 which is a police procedural and legal drama TV series.

The series premiered on NBC on 29 September 2010 but the series was canceled after its first season on May 13, 2011. The same year, Miranda also appeared in the action-comedy superhero series Supah Ninjas and in TV series called Inside as Emma Hickox.

Miranda had a recurring role in the comedy series called The Game and also appeared in TV series called American Caravan in 2013. From 2014-2015, Miranda joined the cast of Days of Our Lives and had a recurring role as Zoe Browning. She appeared from August 12, 2014, to July 9, 2015, in that series. In 2014, Miranda also had a role in a short comedy film called The Black Bachelor.

In the year 2015, Miranda Rae Mayo had a recurring role in the teen drama, mystery-thriller TV series called Pretty Little Liar as Taila Sandoval and an Anthony crime drama TV series called True Detective as Vera Machiado. Miranda was a series regular on a prime-time television soap opera called Blood & Oil where she played the role of Lacey Briggs.

She has also made her appearance in an American horror film called The Girl in the Photographs. Miranda is currently occurring in an action drama TV series called Chicago Fire which airs on the NBC channel. She plays the role of Stella Kidd.

Being an artist, it is very important for them to be attached to their fans, and with the help of many social sites or media, they can be close to their fans. Mayo can be found on many social sites including Twitter, Instagram, and Facebook. Miranda was still a very long way to go and we hope to see her with her new projects in the near future.

Being a public figure, Miranda is able to keep her private life a secret. There has been no news about her past relationships or her dating anyone right now. So we can only a s sume that she is currently single with no boyfriend. Looking at her eye, beautiful face, ears, and slim body figure, it's an obvious thing that many boys are after her but maybe she is looking for someone who is much more compatible with her.

Miranda's exact net worth has not been published yet but some sites have said that her estimated net worth is around $1 million dollars. Miranda is one of the actresses who is currently focusing on their career putting everything aside which can distract them.

She also owns an apartment in Los Angeles, California