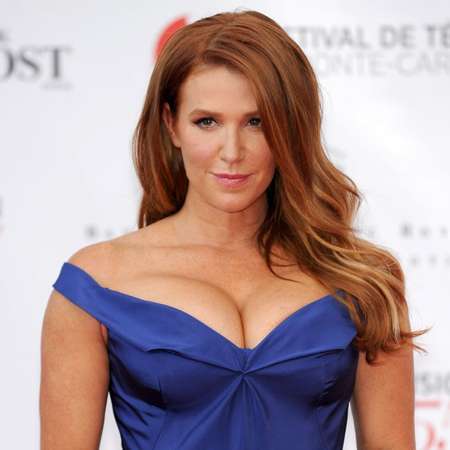 Poppy Montgomery, an Australian-American actor, is best known for portraying Detective Carrie Wells in the CBS drama Unforgettable. She has appeared in several movies and TV shows, including Silk Stalkings, Party of Five, Life, and Lying to Be Perfect. Montgomery has been married to director Shawn Sanford since 2014, and the two are blessed with two children.

Montgomery is the daughter of Nicola Donaghue,  an executive and market researcher, and Phil Donaghue, a restaurateur. She was expelled as a child from six private schools, and she dropped out of studying at the age of 15 to pursue a career in acting.

Poppy Montgomery immigrated to Los Angeles, where her career started. She started her acting career appearing in several minor television roles, including NYPD Blue. The actress made his most significant breakthrough after she won the role of Marilyn Monroe in the CBS series Blonde.

Montgomery then was offered a starring role in the CBS mystery drama Without a Trace, where she acted as Samantha Spade from 2002 to 2009 alongside Enrique Murciano and Roselyn Sanchez. This role also was critically acclaimed by fans and critics.

Montgomery also appeared as J.K. Rowling in the movie Magic Beyond Words and began starring as Carrie Wells in the police drama, Unforgettable in 2011. She is shown as a detective with hyperthymesia, which lets her recall and have a perfect memory.

It has completed its third season and is still running. This role has won her critical acclaim. She has also posed for provocative photographs in the Girls of Maxim feature on Maxim’s website. In the year 2017, she was cast in A Surrogate's Nightmare.

In the year 2019, the actress played a role in the TV series Reef Break.

Poppy Montgomery's Net Worth And Earnings

Montgomery has appeared in the movies such as Life, The Other, Sister, Dead Man on Campus, Devil in a Blue Dress, and Tammy and the T-Rex. She has starred in the TV shows like Unforgettable and Without a Trace. She has appeared in other TV shows such as Magic Beyond Words, Lying to Be Perfect, Glory Days, The Beat, Relativity, and NYPD Blue.

In November 2013, Montgomery purchased a home for $3.6 million on a brand new home in the Brentwood neighborhood of Los Angeles. A mansion has a stunning three-bedroom, 3.5 bathrooms, 3,089 square foot Spanish-style hacienda.

Further information about her luxurious cars is not revealed. She also spends money on trendy clothes.

Poppy Montgomery was in a romantic relationship with her co-star Adam Kaufman. She first met her boyfriend, Kaufman, in 2005 while they were working together on an independent film, Between in Mexico.

The couple also acted together on Without a Trace starring Adam acted as her love interest in the series. They had been secretly dating without the knowledge of the tabloids, and she announced her pregnancy with Kaufman in June 2007.

Her pregnancy was also written in season six of the show Without a Trace. Their son, Jackson Phillip, was born in December 2007 and Anthony LaPaglia, a co-star of Without a Trace, became their son’s godfather.

In 2011 however, the couple reportedly separated due to some issues. Poppy began an affair with Shawn Sanford, Microsoft's lifestyle marketing director. They started dating after they met in Puerto Rico for the first time.

Poppy Montgomery and her husband welcomed their first child, a daughter named Violet-Grace, in April 2013. The couple tied the knot on January 31, 2014, on Chinese New Year at Disneyland in a private ceremony. She revealed their marriage on April 4, 2014, episode of Live! with Kelly and Michael.

She gave birth to their second child, son Gus Monroe in November 2014. They got married at Disneyland with their children present. Poppy and her husband, Shawn Sanford, have been sharing a loving relationship for a long time now, with no divorce rumors.

The lady is a verified Instagram user who loves to interact with her fans through the use of her social media handle. You can find her Instagram with the username@the realpoppymontgomery, and she has 142 thousand followers on her Instagram.

Poppy Montgomery enjoys board games, horseback riding, photography, snowboarding, traveling, and yoga. She has posted many pictures with her family and friends on her Instagram account.

In an interview with CBS Morning, Poppy talked about her role in Unforgettable.

Please stay connected with us for more exciting articles: ArticleBio.