Messi Scores A Hat-trick Against Iceland In First Match Of Group D? 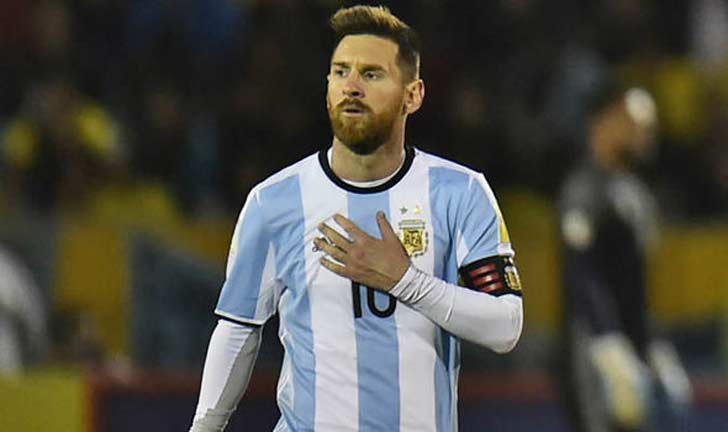 Today the 2 time World Cup winners Argentina will face Iceland in the first match of Group D in the World 2018 to be held at Otkrytie Arena, Moscow. Heading towards the game Argentina will definitely depend on the skills of Lionel Messi. Though Argentina has a strong line up with the likes of Aguero, Ángel Di María, and Maximiliano Meza among others, Argentine fans are expecting Messi to work his magic to lead his team towards victory. He has shown how dangerous he can be with the ball scoring a hat-trick in the qualifying matches, so we just have to wait to see what he has in store for us today.

With Cristiano Ronaldo scoring a hat-trick in yesterday’s match against Spain to lead his side to a 1-1 draw, fans of Messi also look forward to seeing him score a hat-trick or even more goals against a comparatively weak side Iceland. The five-time Ballon d’Or winner sure has the capability will just have to see if Iceland has a good strategy to keep him contained. 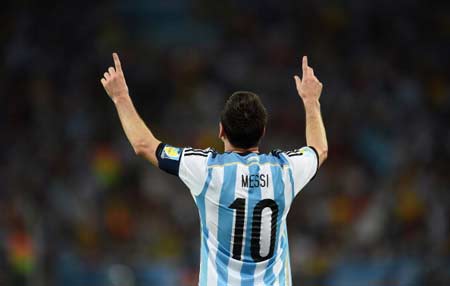 Well, the game of football is very unpredictable and anything can happen in the 90 minutes of play. Coach Jorge Sampaoli named his starting line up a day before which shows that the Argentine boss is confident heading into the match.

Here is the starting lineup for Argentine:

On the other hand, Iceland also has a good squad and had a pretty good run coming into the World Cup. Their 2016 Euro Cup victory will surely be a source of their motivation. The boss of Iceland Heimir Hallgrimsson said that it was the biggest achievement in Icelandic football and talking about today’s match he said,

“Regarding Messi, I don't have a magic formula. Everybody has tried everything against him and he always manages to score. He is one of the best players in the world. We will play against him like everything we do, we'll do it together. We'll help each other and try to do it as a team."

It is the first time the two teams are facing each other. Though Argentina has a strong attacking force, they do have a weak defensive line which Iceland will surely use to their advantage. The football pundits have predicted a 3-0 win for Argentina, we have to wait to see what happens.

Here is the possible lineup of Iceland