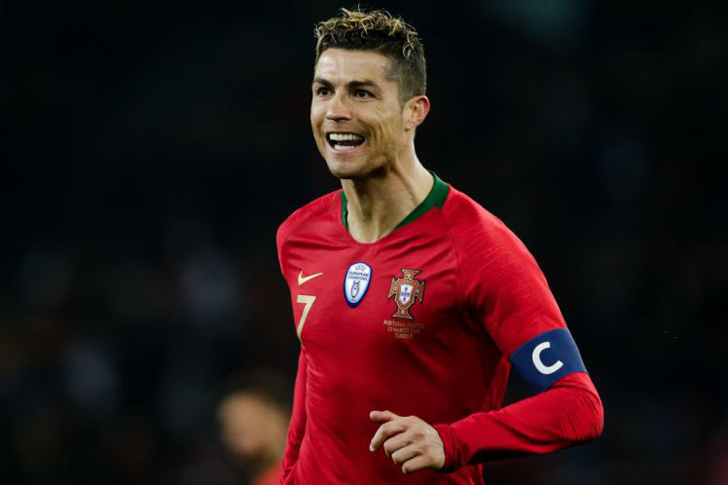 Cristiano Ronaldo equalizes with Spain scoring the first hat-trick of the 2018 World Cup. He scored the goal in the 88th minute of the game. 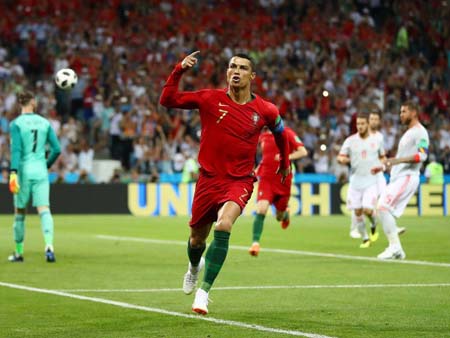 Ronaldo became the one-man army of the Portugal national scoring the hat-trick in the tournament by himself. He is the oldest player in WC history to score a hat-trick.

At the age of 33, #CristianoRonaldo scored 3 goals in the 3-3 draw v Spain in the 3rd match of the day.
He is the oldest player in WC history to score a hat-trick. #POR

He is widely regarded as one of the greatest of all time, and is the first player to win four European Golden Shoes and has won 26 trophies in his career, including five league titles, five UEFA Champions League titles and one UEFA European Championship. 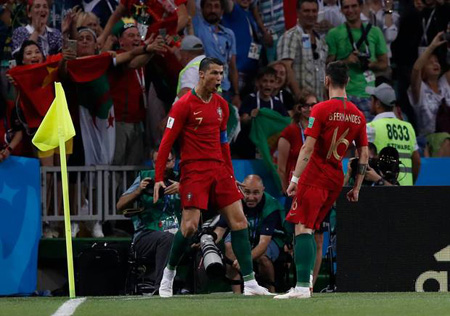 The game ended in a 3-3 draw after the third goal by Portugal's captain Cristiano Ronaldo. He has shown an outstanding performance throughout the game.

Good game so far by both the teams.

The World Cup burst spectacularly to life with an enthralling 3-3 draw between 2010 winners Spain and European champions Portugal, with the world's foremost #7 well and truly front and center. 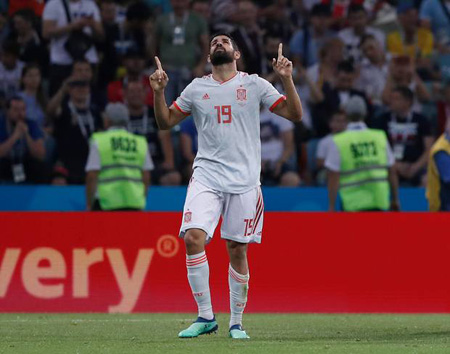 CAPTION: Spain's Diego Costa celebrates after scoring his sides 2nd goal during the group B match between Portugal and Spain at the 2018 soccer World Cup SOURCE: NZ Herald

Twice Portugal went ahead through Ronaldo and twice Spain clawed their way back through Diego Costa, before defender Nacho Fernandez, who had conceded an early penalty, belted in an unstoppable strike to give Spain a 3-2 lead. 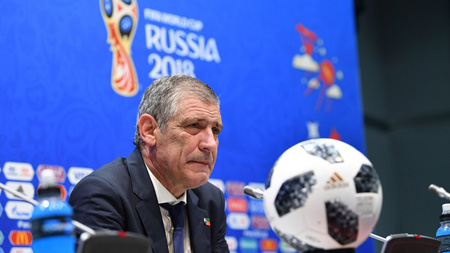 "Cristiano has great physical strength but his mental strength is very impressive as well. Even when Spain were leading 3-2, he was the one who carried our team. He has played at the highest level for a long time now and knows how to handle those moments," said Fernando Santos, Portugal coach. 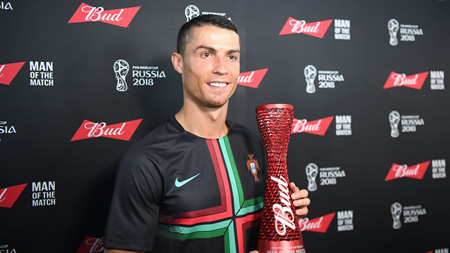 Cristiano Ronaldo was Budweiser Man of the Match for the tournament.

Ronaldo said, "I’m happy - that was my best performance in a World Cup. I’m happy with the team too because we played well. I think the result was fair in the end." 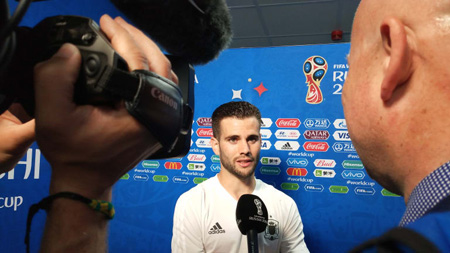 Nacho tells FIFA:"That was my first goal with Spain but for me is always an honour to represent my country".

Have a quick look at this match highlights

Fernando Hierro, Spain coach said, "When you play against a player like Cristiano Ronaldo, that kind of thing can happen. Our team kept the ball well, but with Cristiano, one moment of inspiration can be enough." 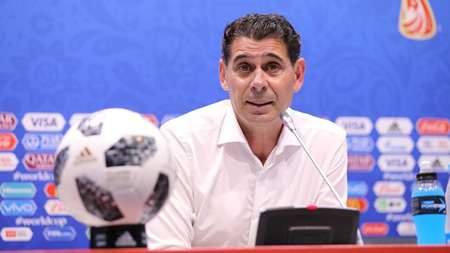 He added on his late appointment to the Spain job stating, "This situation has not been easy for me. But with you have the chance to work with a team with so many good players, young and experienced, it makes everything much easier. Everyone in the team and the staff had a good attitude, and I feel like I’m privileged."