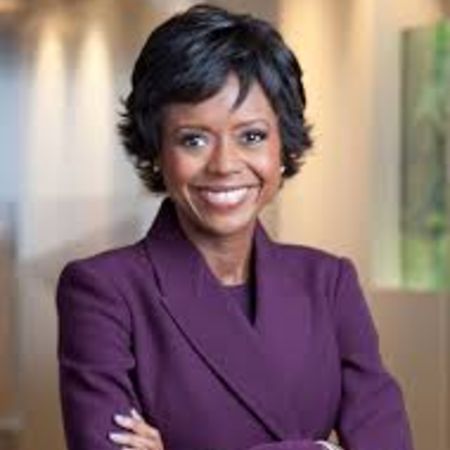 The American businesswoman Mellody Hobson is the president and co-CEO of Ariel Investments, vice-chairwoman of Starbucks and former chairwoman of DreamWorks Animation. She is better known for being the wife of  American filmmaker and entrepreneur George Lucas. The couple has been leading their professional and personal life hand in hand.

She was raised by a single mother Dorothy Ashley. Her mother worked as a real estate agent and took care of all six children including Mellody. She is the youngest among six children.

Following her graduation, Mellody Hobson joined Ariel Investment as an intern, in 1991. She was later promoted to the firm's senior vice president and director of marketing. She also worked with a Chicago investment firm that managed to add $13 billion in a s sets during her tenure as a president of Ariel.

Besides, Mellody also regularly writes an article on financial issues on CBS This Morning. Moreover, she is a board member of many other organizations including JPMorgan Chase & Co., Chicago Public Education fund, Lucas Museum of Narrative Art and Sundance Institue.

In 2009, she created and hosted a show Unbroke: What You Need to Know About Money on ABC. Many well-known celebs like Will Smith, Seth Green and Samuel L. Jackson appeared on her show too. She became the first African-American woman to be named for the head of the Economic Club of Chicago.

Mellody was as a Vice-Chairwoman for the Starbucks corporation, on 4th June 2018. She also rendered her voice and worked as a writer for the television series Zafari. Her two doc u mentaries Bias and This Changes Everything was released, in 2018.

Mellody won the State's highest honor the Order of Lincoln by the governor of Illinois in 2018.

Her Estimated Net Worth is $10 Million

Mellody Hobson has been working in the business sector for more than two decades. She has an estimated net worth of $10 million. She racked up such an impressive amount of money from her career as a businesswoman. According to celebrity net worth, Hobson's annual salary is $1 million as a co-CEO of Ariel Investments. 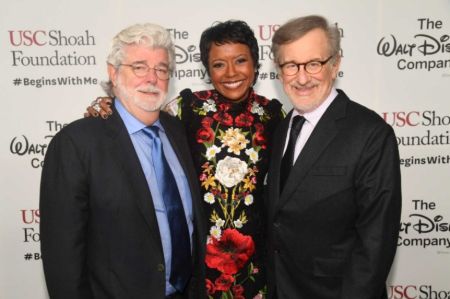 On the other hand, her husband George Lucas owns a net worth of $6.1 billion as of November 2019. He is regarded as one of the most successful filmmakers and entrepreneurs.

Where Does Multi-millionaire Businesswoman Live?

Hobson bought a 65th-floor penthouse for $18.75 million at the pricey park tower, in Chicago. She bought the mansion with her husband. Furthermore, her spouse also owns Skywalker Ranch located in Marin County which spread out in 4,700 acres. He bought the property for a staggering $100 million.

The couple also purchased their Hollywood house in June 2019 for $4.3 million. They also own a Bel Air estate which they purchased for $33.9 million, in 2017. They likewise own two more ranches near that area McGuire Ranch and Loma Alta Ranch.

Mellody has been married to Star War's Creator George Lucas for a long time now. The couple first met in 2006 at the business conference and a year later they officially started dating. The couple together attended the We Are One Presidential Pre-Inaugural concert to support Barack Obama for president on 18th January 2009. 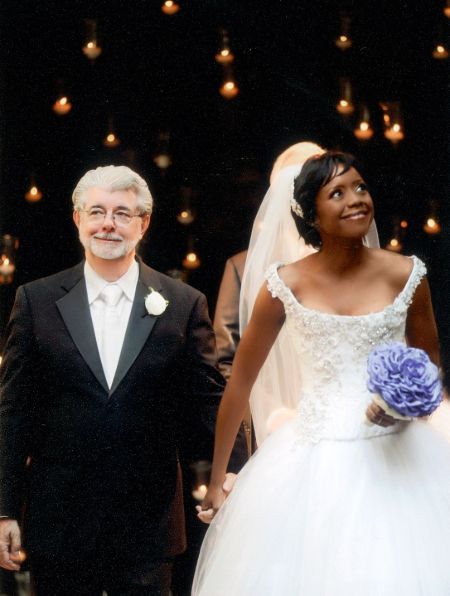 Mellody and George got engaged in January 2013. The couple took wedding vows on 22nd June of that year at Skywalker Ranch. The couple welcomed their first child daughter Everest Hobson Lucas in August 2013 via surrogacy.

Everest Hobson has one half-sibling Katie Lucas from Geroge Lucas' previous relationship with Marcia Lucas. She is also joined by two siblings Amanda Lucas and Jett Lucas adopted by George Lucas and his previous wife.