Academy-Award-winning George Lucas is a Hollywood mogul who has a most successful career as a filmmaker. He is widely known for creating Star Wars and Indiana Jones franchises. He also worked as a director for Star Wars: Episode I, II, III, and IV. His finest work in American Graffiti and Star Wars earned him four Academy Awards for Best Directing and writing. He also won Irving G. Thalberg Award in 1991.

Besides, Lucas is a pa s sionate philanthropist.

Born And Raised In Modesto, California

George Walton Lucas Jr. was born on 14th, May 1944, in Modesto, California, United States. He belongs to mixed ethnicity and holds American citizenship.

He is the only son of stationery store owner George Walton Lucas Sr. and Dorothy Ellinore Lucas. He was raised with his three sisters Wendy Lucas, Ann Lucas, and Kathleen Lucas in his hometown in California.

George enrolled at the Modesto Junior College to study anthropology, sociology, and literature. At that time, he also began shooting car racing with an 8 mm camera. He later transferred to the University of Southern California School of Cinematic Arts. There, he met Steven Spielberg and with whom he collaborated in many successful projects.

He Owns $6.4 Billion Net Worth

George Lucas has an estimated net worth of $6.4 billion as of December 2019. He has racked up the majority of his aforementioned net worth from his career as a filmmaker and entrepreneur.

George is a director of many box office hit movies. Some of them are listed below,

Lucas previously owned an animation company Pixar which he sold to Steve Jobs for $5 million in 1986. He also sold his Lucasfilm to Walt Disney for $4.1 billion in 2012. 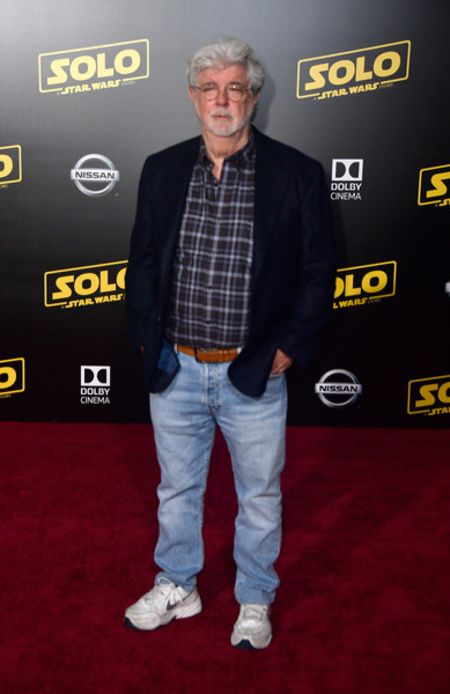 George Lucas has a ranch in Lucas Valley Road which he bought in 1978. He spent more than $100 million to make the estate into a film studio, barn, vineyards and screening theater for 300 people.

George Lucas is an active philanthropist. He sold his Lucasfilm to Walt Disney Company. Sources suggest that the major portion of the proceeds went into charity. In June 2013, Lucas decided to form a museum, the Lucas Cultural Arts Museum, in San Francisco. The company would exhibit his collection of pop arts which is worth more than $1 billion.

In 2005, Lucas donates $1 million to build the Martin Luther King Jr. Memorial. Furthermore, he also donated $175 million to $180 million to his alma mater to expand the film school.

Furthermore, the filmmaker also gave $501,000 and $1 million to the Obama Foundation through the Lucas Family Foundation.

Got Fame From Star Wars

George Lucas debuted his career as a director working in the 1971 movie THX 1138. His second movie American Graffiti brought him his first Academy Award and Golden Globe Award nominations.

Lucas also worked as a writer, director, and producer for the Star War franchise movie Star Wars: A New Hope. His work in the project earned him Best Director and Best Writing, Screenplay Written Directly for the Screen nomination. 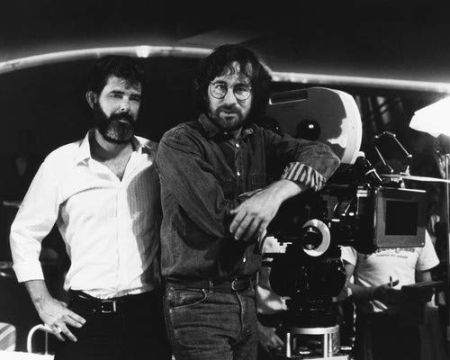 He also produced and written a movie Raiders of the Lost Arks. He collaborated with Steven Speilberg for many Indiana Jones movies. George won his first Academy Awards Irving G. Thalberg Memorial Award in 1992 too.

His Star War Franchise series The Mandalorian was released in 2019. His Franchise will also continue in the future along with Star Wars: The Clone Wars and Star Wars: Detours. Many Star Wars film series and television series announced for future release along with Indiana Jones Untitled project.

In 2006, George Lucas became the second 'Film, Television, and Media' contributor who cooperated in the Science Fiction Hall of Fame after Spielberg.

He won the National Medal of Arts from President Barack Obama in July 2013. He also received Honorary Membership of the Society of Motion Picture and Television Engineers in 2004. In 2015, he received a Disney Legend and honoree at the Kennedy Center Honors.

George Lucas is a married man. He married to the president of Ariel Investment and chair of DreamWorks Animation Mellody Hobson in August 2013. The couple started dating in 2006 and got engaged in January 2013. They exchanged their vows on, 22nd June 2013, in Skywalker Ranch. 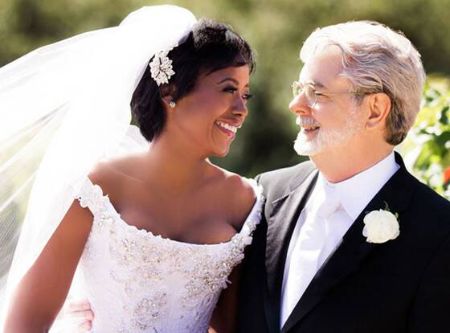 The couple is blessed with a daughter Everest Hobson Lucas, born in August 2013 via gestational carrier. The couple is now living a happy life with his daughter along with three adopted children a son and daughter.

Lucas was previously married to editor Marcia Lou Griffin in 1969. She also won the Oscar Award for editing Lucas' Star Wars: A New Hope in 1978. The couple adopted daughter Amanda Lucas in 1981. Despite having such a loving relationship, the two got divorced in 1983.