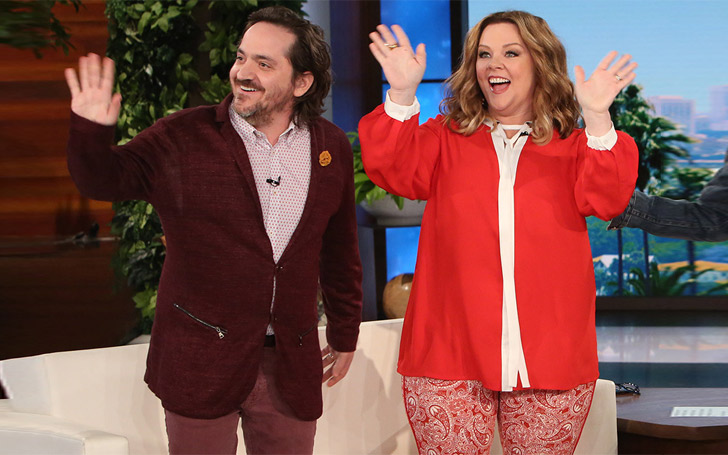 Comedian Melissa McCarthy recently won her first Emmy award for her portrayal of the former White House press secretary Sean Spicer in SNL. After the win, Sean Spicer publicly demanded his share of the  Emmy award. McCarthy will apparently not oblige!

The Emmy award-winning actress has a pretty successful personal life as well. Melissa McCarthy shares one of the most adorable relationships in Hollywood with her husband, Ben Falcone.

Falcone who calls her wife, McCarthy, ''The Mooch'', is a comedian himself. So, how is this comedian duo's love life/married life going on?

Melissa McCarthy and her Husband Ben Falcone have been together for over a decade.The couple started dating in 2003, and after two years of dating, McCarthy and Falcone tied the knot on 8 October 2005. The couple has worked together in several movies; Bridesmaids, Tammy, The Heat, The Nines, and Spy.

After two years of marriage, Falcone and McCarthy welcomed their first daughter, Vivian, in 2007. Vivian performed as the young version of McCarthy in The Boss in 2016. In 2010, McCarthy gave birth to their second daughter, Georgette. 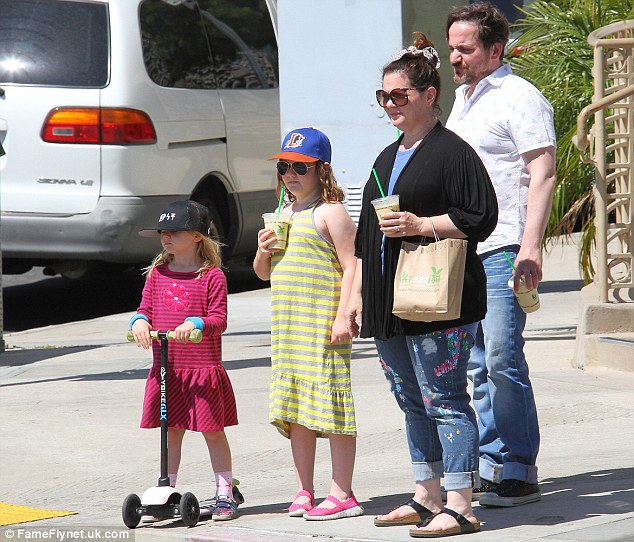 Melissa McCarthy and Ben Falcone with their children

The forty-seven years old actress has a perfect family. McCarthy and her husband are quite close with their daughters. The family goes out for shopping and vacations quite often.

Melissa McCarthy and Ben Falcone are happily married since 2005. The couple has been supportive of each other throughout their journey of 12 years.

For McCarthy, it wouldn't have been possible to achieve a drastic change in her weight without her husband's support. She has lost over 50 pounds.

We have always been lucky that we have worked together for so long but we see the same thing and we have had the same goals.

Falcon further explained saying he and his wife share a mutual love and respect for each other which makes their relationship even stronger. Well, McCarthy and Falcone are one lucky couple.