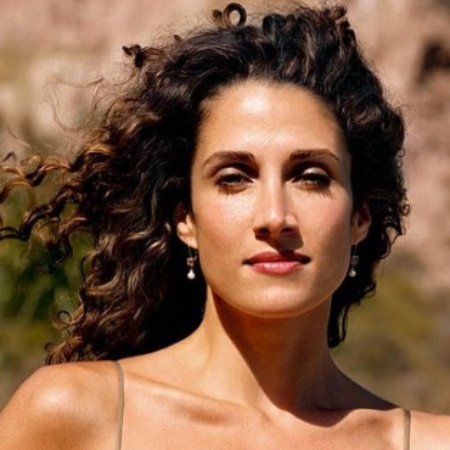 Born and raised in Akron, Ohio, Melina Kanakaredes is a prominent face in the entertainment world. She is an American actress most known for her roles in TV series, including Providence, CSI: NY, and Guiding Light. Similarly, the actress also gained attention for her roles in films like Percy Jackson & the Olympians: The Lightning Thief, 15 Minutes, and Snitch.

Melina Kanakaredes was born Melina Eleni Kanakaredes on April 23, 1967, in Akron, Ohio, the United States. She is an American belonging of Greek descent.

She is the daughter of Connie Temo, possessor of a candy company, and Harry Kanakaredes, an insurance salesman. She has two sisters, Aretta Kanakaredes and Comelia Kanakaredes.

When she was eight, she got her stage debut in a production of Tom Sawyer at Weathervane Playhouse. She is a Firestone High School graduate.

Kanakaredes studied at Ohio State University, followed by attending Point Park College, graduating in 1989 earning a b.a. degree in theater arts. She was involved in the professional theatre scene during her college years.

Kanakaredes made her acting debut in the short film Carts in 1987. She first came to fame playing Eleni Andros Cooper in the CBS show Guiding Light from 1991-1995. 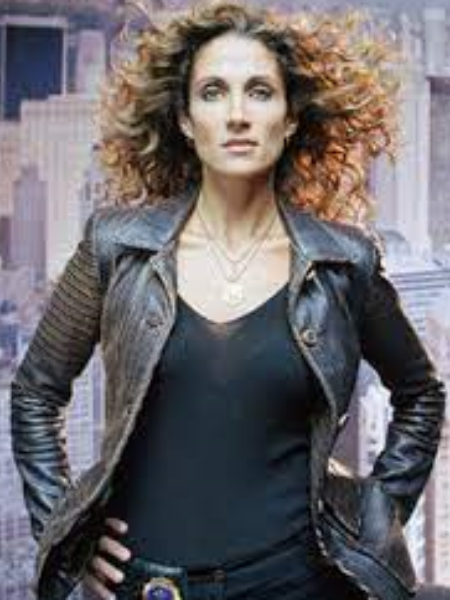 Guiding Light star also played the lead role of Dr. Sydney Hansen in NBC's Providence from 1999-2002. Similarly, she landed her popular role of Detective Stella Bonasera in the CBS series CSI: NY from 2004 until 2010.

Some of her other notable films and series include Snitch, Extant, The Resident, and Blood of Zeus.

According to Celebrity Net Worth, the 54-year-old actress owns a net worth of $10 million as of May 2021. The major portion of her wealth is her professional life as an actress.

She was cast in the action-fantasy film Percy Jackson & the Olympians: The Lightning Thief, which surpa s sed over $226.4 million against the producing cost of $95 million.

Providence actress is happily married to her boyfriend-turned-husband, Peter Constantinides. Her spouse is a former restaurant consultant.

The couple tied the knot on September 6, 1992, in a beautiful wedding ceremony. They welcomed their first daughter, Zoe Constantinides, on 23rd May 2000 and is currently 20 years old. 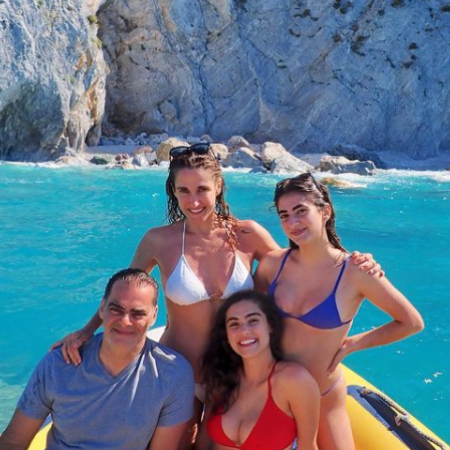 The couple owns a restaurant called 'Tria Greek Kuzina' based in Powell, Ohio, which has now been shut down because of the pandemic.