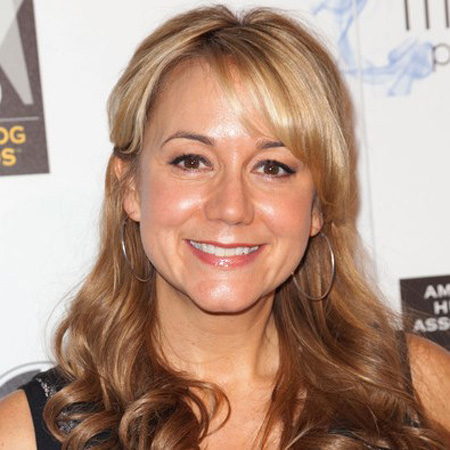 Megyn Price is one of the versatile Hollywood actresses and has given fantastic movies to her fans and audience. She is best known for her roles in the Fox Network/WB sitcom, Grounded for Life. She has appeared in the TV sitcom Rules of Engagement and The Ranch. She started her career in the early 90s making her television debut in an episode of an American science-fiction TV series, Quantum Leap. She has made a number of guest appearances on TV shows including  Saved by the Bell: The New Class, Renegade, The Drew Carey Show, Will & Grace, and Drop Dead Diva.

Price lives with her second husband, Edward Corner, an emergency department doctor, in Montecito, California. They have a daughter named Grace who was born in 2007. Her first husband was Bill Lawrence, the creator of Scrubs and other television shows with whom she divorced citing irreconcilable differences.

Megyn Price was born on March 24, 1971, in Seattle, Washington, the U.S under the birth sign Aries. Nationality wise she is an American and belongs to the White-American ethnicity. Her parents raised her in the Mormon religion.

Regarding her academics, Price attended the Norman High School, and during her college days she produced and wrote several plays including Here Comes the Sun. Later, she joined the Stanford University and earned a degree in economics and communication.

Megyn Price started her acting career in the early 1990s, she made her television debut through Quantum Leap as a guest. Price then made a number of guest appearances on various TV shows such as; Saved by the Bell: The New Class, Renegade, The Drew Carey Show, Will & Grace, and Drop Dead Diva.

In 1996, Megyn got her first series regular role in ABC comedy series, Common Law opposite Greg Giraldo. From 1998 to 1999, she was the lead actress in the short-lived sitcom, called Lateline, which was telecast on NBC. Moreover, she has worked in some series including; Grounded for Life, Rules of Engagement, A Country Christmas Story,  UnREAL and much more.

For a certain time she took a break from silver screen but later in 2016, she made her comeback with Netflix comedy, The Ranch, along with Ashton Kutcher and Elisha Cuthbert.

She is appearing on the Ranch since 2016. The TV series starred Danny Masterson, Ashton Kutcher, and Sam Elliott. Price also enacted in the TV movie Hometown Hero in 2016. Currently, she is busy on Ranch and is not engaged in other projects. As of 2018, she is working as Amber in the sci-fi film, Bumblebee where she shared the screen with Hailee Steinfeld, John Cena, and John Ortiz.

Megyn Price's Net Worth And Salary

Megyn Price's net worth is $4 million according to Celebrity Net Worth. As a famous English actress, Megyn earns an impressive amount of money from her acting career.

She has appeared on the television shows such as "Saved by the Bell: The New Class", "Common Law", "Renegade", "The Drew Carey Show", "Lateline", "Will & Grace", "Grounded for Life", and "American Dad" and has also appeared in the films, "Mystery, Alaska" and "Drop Dead Diva".

Megyn Price is a married woman. She tied her knot with Edward Cotner, an emergency room doctor in 2005 at an intimate ceremony in the presence of their closed ones. Her husband, Edward Cotner is an emergency department doctor and a former high school friend.

The duo was a former high school friend before committed as husband and wife. They first met in 2004 and started dating. The couple shares a child, a daughter, Grace Cotner who was born in 2007.

CAPTION: Megyn Price with her husband and child. SOURCE: Hitsberry

Prior to marrying Edward, Price was in a marital relationship with Bill Lawrence, an American screenwriter, producer, and director. He is popularly known as the creator of scrubs and other television shows. The couple hasn't any children together. However, the duo couldn't handle their married life and citing irreconcilable differences. They ended their relationship with divorce.

Currently, The Ranch fame actress is living a blissful married life along with his husband, Edward, and daughter in Montecito, California.

Check out the interview with Megyn Price: