Meet The Man Who Has Three Different Faces 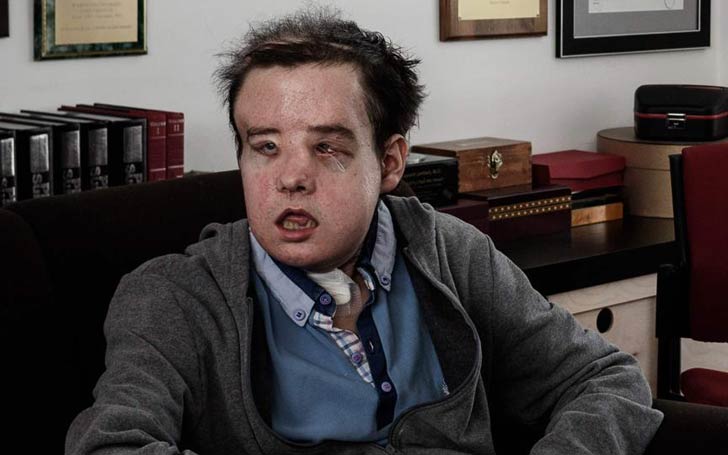 He is not a fictional character, but he has three different facial identities!! Couldn't believe?? Let us tell his story.

He is a Frenchman who has undergone two full face transplant, apparently, he becomes the first man in history to undergo two complete facial surgeries.

Jerome Hamon, 43, just left the hospital last week since the historic surgery which has led France's media to dub him ''the man with three faces.''

Hamon has been battling neurofibromatosis type 1 since 2009-the disorder caused disfiguring tumors on his face. He underwent full facial transplant including tear ducts and eyelids; world's first full facial graft.

The first transplant was successful at that time, but five years later he started taking antibiotics for a common cold which became incompatible with the immunosuppressant drugs he was taking to abate the risk of the transplant being rejected.

CAPTION: Jerome Hamon with his doctors SOURCE: The Cheat Sheet

Surgeons removed his new face in November 2016 after his body started to reject it. In consequence, he became unable to see, hear and speak. Mr. Hamon lived at the Georges-Pompidou hospital in Paris for two months before a new donor was found.

His second surgery was carried out on 15 and 16th January this year by Professor Laurent Lantieri who had performed the first surgery eight years earlier.

After his surgery, he underwent three months of special blood treatment to resist the increased risk of rejection. Professor Lantieri told Le Parisien,

Today, we know that a double transplant is feasible, it's no longer in the field of research.

According to reports, Mr. Hamon doesn't have the full control of his facial features yet, but he is pretty optimistic about the future.

If I hadn't accepted this new face it would have been terrible. It's a question of identity...But here we are, it's good, it's me.

We wish for his speedy recovery.