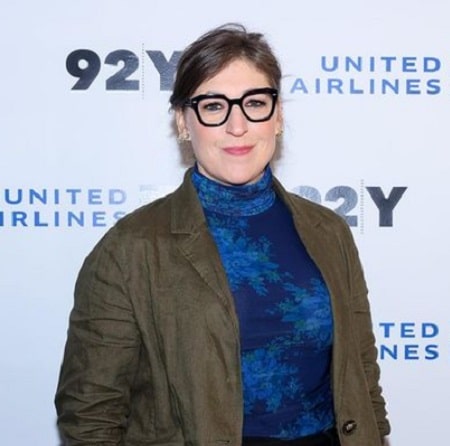 Born in San Diego, California, Mayim Bialik started her career as a child actor, propelling her into fame though it was only short-lived. After completing her Ph.D. in neuroscience, Bialik again returned to the acting field with the role of a neuroscientist coincidentally in CBS's hit series

She was born to a Jewish family under the birth sign Sagittarius. Bialik was raised as a Reform Jew in Los Angeles. Her grandparents emigrated from Poland, Czechoslovakia & Hungary.

Later she completed her Bachelor's degree in 2000 and started studying Ph.D. in Neuroscience, with minors in Hebrew and Jewish studies, which she completed in 2007. Before completing her education, she was already engaged in the showbiz industry.

Bialik began her career as a child actor in the late 1980s. Then after she starred in the horror movie Pumpkinhead (1988), then she appeared as a guest in the television series, The Facts of Life and Beauty and the Beast.

She received the Screen Actors Guild card for her outstanding performance in Beauty and the Beast.  In 1994 she was cast in the major role in the comedy movie, Don't Drink the Water, which was directed by Woody Allen. In the next decade, she spent most of her time voicing cartoons. 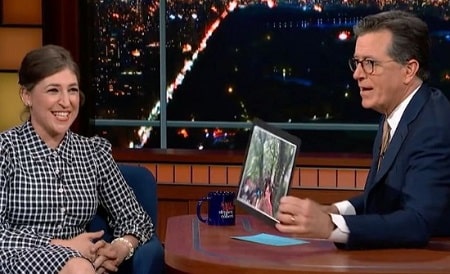 After completing her academic qualifications, she landed an acting career with the outstanding role of Dr. Amy Farrah Fowler in The Big Bang Theory.

She starred in season 3 in a guest role, and later in season 4, she appeared in the main role, which is running till 2018. For her best acting skills, she was nominated four times for an Emmy Award in the Outstanding Supporting Actress in a Comedy Series category.

Bialik as An Author

Besides this, on March 6, 2012, she released her parenting book titled Beyond the Sling: A Real-Life Guide to Raising Confident. While her book named, Mayim's Vegan Table contains over one hundred vegan recipes.

The four-time Prime Times Emmy nominated actress has now worked in over 60 films and tv series. And some of her recent works can be seen in Young Sheldon and Call Me Kat.

According to Celebrity Net Worth, she has an estimated net worth of $ 25 million, and her salary is $450 thousand per episode. 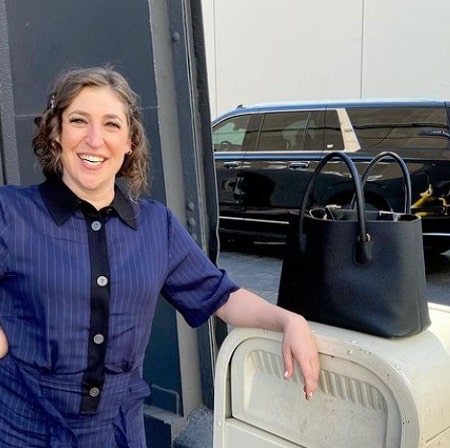 Likewise, Bialik's income in recent years has increased as she has worked in various big-budget movies that have grossed a huge amount. The majority of her income comes from her profession as an actress, and in the United States, an actress earns $58901 on average.

Similarly, Bialik takes home a good profit from endorsement deals. As of April 2022, she has gained over 38 million followers on her Instagram account. So, she has the potential to earn $7,707 - $12,845 from a single sponsored post on the platform.

Mayim was previously married to Michael Stone on 31 August 2003, in a Victorian-themed ceremony that also included traditional Jewish wedding customs.

The couple has two children; sons: Miles Roosevelt Bialik Stone (2005) and Frederick Heschel Bialik Stone (2008). However, their marital relationship roughly lasted for nine years, and they got divorced in November 2012.

The actress is dating Jonathan Cohen, who serves as co-host and executive producer of the podcast. The couple started dating for a long though she cannot be single after eight years of her divorced.

The couple has been enjoying each other's company as a partner for a long. Let's hope their relationship only ends with the marriage.

In August 2015, she founded GrokNation, which is an online platform that brings people from all over together to talk about contemporary issues within society's framework.

Amidst Harvey Weinstein's sexual assault scandal, she published an op-ed in The New York Times, which talked about how society had become largely indecent and how women were constantly being materialized and abused for profit by the film industry.

On 15 August 2012, she had a car accident in LA. She was driving alone and suddenly her car collided with another car carrying three Chilean tourists.

She then suffered from severe lacerations to her left hand and thumb. The media speculated that she could lose a finger, but Bialik confirmed via social media that she was fine.