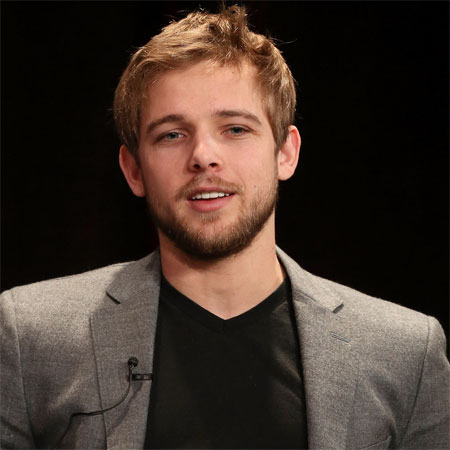 Max Thieriot is an American actor who is best known for portraying the character of Seth in the comedy movie, The Pacifier along with Vin Diesel. He is active in the industry since 2004 and has appeared in various films and series to the date.

Max Thieriot was born Maximillion Drake Thieriot on October 14, 1988, in Los Altos Hills, California to Bridgit Ann and George Cameron Thieriot. He was raised in Sonoma County, California along with his siblings; Frances "Frankie" Cameron and  Aidan.

Thieriot went to Sonoma Country Day School for his schooling. Later he attended El Molino High School in Forestville and completed his graduation. He took an improvisation class after which he was signed to talent manager, Don Gibble.

Max Thieriot used to do modeling during his initial days; he also appeared in two short films. In 2004, his acting career began with  Catch That Kid. Following year, Thieriot was cast in the action-comedy movie, The Pacifier which helped him gain public attention.

Besides, Max also got his first nomination, the Young Artist Award for Best Performance in a Feature Film – Supporting Young Actor.

In 2008, Thieriot won the Young Artist award for his performance at Jumper. He worked on several movies and TV series including;  Nancy Drew, Kit Kittredge: An American Girl,  Chloe, My Soul to Take, The Family Tree,  House at the End of the Street,  Bates Motel,  Point Break, and many others.

In 2015, Theriot landed the role in the commercially successful movie Point Break along with Édgar Ramírez, Luke Bracey, Teresa Palmer, and Delroy Lindo.

Max Theriot is a married man. He exchanged a vow with his longtime girlfriend, Alexis "Lexi" Murphy on June 2013 in Lake Tahoe, California. The duo was together for seven years before tying the knot.

Thieriot proposed his lady love during a trip to the Caribbean, where they first met as teenagers. In 2012, the pair officially announced their engagement. The couple is proud parents a son,  Beaux Thieriot who was born in December 2015.

He is the brother-in-law of former Philadelphia Phillies baseball pitcher, Michael Stutes through his sister, Frankie's marriage.

Theriot is fond of animals as he has 19 pets who live with him at his house in California. In the late 1800s, his great-great-grandfather, Michael Henry de Young, co-founded the San Francisco Chronicle.

Max Thieriot is on his way to becoming an A-lister Holywood celebrity. He came into the limelight since 2004, and his estimated net worth is around $2 million. In 2008, his movie, Jumper made a satisfactory collection at the box office and succeeded to earn more than $140 million at the box office.

His another box office hit movie House at the End of the Street grossed more than $44 million whereas its budget was only $6.9 million. In the movie, the actor played the role along with Gil Bellows, Elisabeth Shue, and Jennifer Lawrence.

Besides acting, Thieriot is also known as vintner as he owns vineyards in his hometown of Occidental along with his two best friends. He generates a good sum from his winery which adds more value to his net worth.