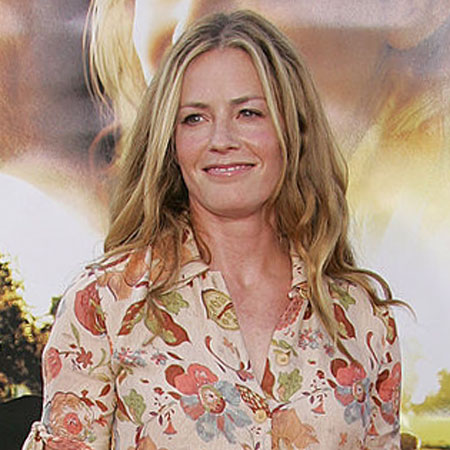 Elisabeth Judson Shue better is known as Elisabeth Shue is an American actress who is best known for portraying in the movies The Karate Kid, Cocktail, Back to the Future Part II, Back to the Future Part III, Soapdish, The Saint, and Hollow Man. Elisabeth has won several acting awards and has been nominated for an Academy Award, a Golden Globe and a BAFTA. She appeared in the CBS police drama CSI: Crime Scene Investigation as Julie Finlay from 2012 to 2015.

Elisabeth Shue was born in the year 1963, October 6 in Wilmington, Delaware, U.S.  She is the daughter of father, Anne Brewster, a one-time congressional candidate, real estate developer and lawyer, who was president of the International Food and Beverage Corporation and mother, James William Shue who was a vice president in the private banking division of the Chemical Banking Corporation.

Her parents divorced when she was nine years old. She belongs to a white ethnic background and holds an American nationality.

Elisabeth grew up with her three brothers named William, Andrew, and John in South Orange, New Jersey. Her younger brother Andrew Brewster is also an actor. Elisabeth also has two half-siblings from her father's next marriage; Jenna Shue, and Harvey Shue.

Elisabeth did her schooling from Columbia High School, located in Maplewood, New Jersey, where Elisabeth and her brother Andrew were inducted into the school's Hall of Fame in 1994.

After high school, she enrolled at Wellesley College and began acting in television commercials at the same time to pay for college. Later in the year 1985, she transferred to Harvard University but later withdrew in 1988. She later completed her B.A in Political Science in 2000 from Harvard University.

Elisabeth Shue began her acting career while she was still a student. She started acting in television commercials and became the popular face of brands like Burger King, DeBeers diamonds, and Hellmann's mayonnaise and more.

Elisabeth made her debut in the year 1984 in ‘The Karate Kid’ along with Ralph Macchio. The same year, she played the role of a military family’s teenage daughter in the ABC television series “Call to Glory” from 1984 to 1985. Later, she appeared in several movies such as ‘Link’, ‘Cocktail’, ‘Back to the Future Part II’‘ Back to the Future Part III’ and more.

Elisabeth got a big break in her career with the movie “Leaving Las Vegas” in which she starred as an alcoholic prostitute and her performance in this movie earned her several awards and nominations.

In the year 1990, Elisabeth made her Broadway debut in ‘Some American Abroad’ at the Lincoln Center. She also played in various comedies, dramas such as ‘Battle of the Sexes’, ‘Soapdish’ and more.

In the year 2018, the actress was a cast in the movie Death Wish. The movie starred Vincent D'Onofrio, Dean Norris, and Kimberly Elise.

The Leaving Las Vegas actress Elisabeth is married to Davis Guggenheim in the year 1994. The couple is blessed with three children named Miles, Stella, and Agnes. Her husband David Guggenheim is an American famous director and producer.

Before marrying Davis Guggenheim, she was in a relationship with Rick James, who was an American musician, composer, and actor. Elisabeth was also rumored to have an affair with Val Kilmer in 1996 even after her marriage.

Elisabeth is reported to have an estimated net worth of $12.5 million dollars earned from her acting career. Her best-grossing movie The Karate Kid collected $90.8 million worldwide followed by Living Las Vegas which earned about $32 million.