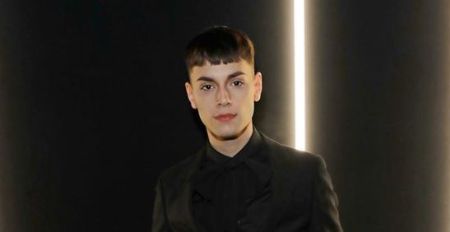 Max Harwood is a British theatre actor who is all set to make a grand debut on the big screen with the upcoming film Everybody's Talking About Jamie.

The actor playing the role of a teenager dreaming of becoming a drag queen is already in the spotlight before the release of the film and has successfully grabbed the attention of a huge audience.

Stay tuned, to know his struggle to established himself so far in the entertainment industry.

Max Harwood was born on September 12, 1997, in England, the United Kingdom. There are no details available about his parents and family, so due to this reason, his ethnicity is not known.

Talking about Harwood's education, he attended Queen's Mary College. Likewise, he also went to the Guildford School of Acting.

The upcoming star Max has never opened any details regarding his wealth. Though his exact fortune is not known, as per some online sites, he has an estimated net worth between $1 million to $5 million in 2021.

The 23-year-old started his professional with stage productions. Initially, he attended a year foundation course in Musical Theatre at the Gildford School and later took 2 more years training in London at The Urdang Academy.

In 2017, Harwood appeared in movies such as Something About This Night, Rent, and Point Of View. The following year, he acted in the movie Spring Awakening and the television series, Jack Whitehall's Training Days -the special. Again, in 2019, he worked in the film This Christmas. 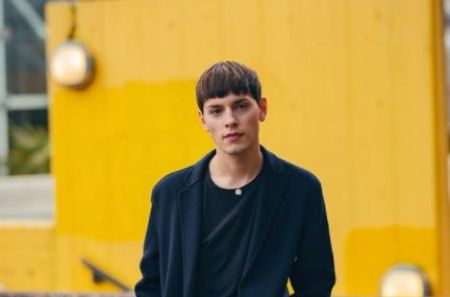 The Amazon Studios' distributed film directed by Jonathan Butterell and produced by Mark Herbert, Peter Carlton, and Arnon Milchan is scheduled to be released on September 17, 2021.

Furthermore, in 2022, he would appear as Oliver in The Loneliest Boy in the World. In the post-production film, he will be sharing his screen with Ben Miller, Evan Ross, Susan Wokoma, Alex Murphy, and others.

Personal Life: Is He Gay?

British actor Max is openly gay and one of the young LGBTQ members. His current relationship status is not clear. It is not available if he is single or dating his partner at the moment.

Harwood appeared on the cover of the Attitude magazine issued in March. There he has shared his hard experiences of being 'othered' at his school. He faced bullying when he was growing up because he likes doing the time that girls did such as dressing up, acting, dancing, and singing rather than playing football like boys.

Remembering his not-so-pleasant old days, he revealed he did not come out until he was 18 and went to college. Meanwhile, his parents, brother, and sister supported him incredibly when he came out. As per the upcoming star, since landing the role in Everybody's Talking About Jamie, he is receiving apologies from his cla s smates who gave him really displeasing time over his sexuality made him felt like 'othered'.

Harwood has appeared in some other notable magazines like Entertainment Weekly, Vogue, Backstage, and V Magazine.