Susan Wokoma is an English actress and writer most known for her television appearances in Hotel Trubble, Bluestone 42, Crashing, Crazyhead, Chewing Gum, Porters, Year of the Rabbit, and Dark Money; and movie appearances in Half of a Yellow Sun, The Inbetweeners 2, Burn Burn Burn, and The Ghost and the House of Truth.

How Old is Susan Wokoma? What is Her Height?

Susan Wokoma made her television debut at 14 as a participant in the BBC children's observational doc u mentary series,  Serious Jungle.

She made professional her acting debut in the BAFTA Award-winning 2006 docudrama, That Summer Day, as Marie.

She studied acting at the Royal Academy of Dramatic Art and continued to work in television shows like Holby City and Doctors.

She made her feature film debut in the 2013 romance drama, Half of a Yellow Sun, starring Chiwetel Ejiofor and Thandie Newton. The following year, she played Della in the British-Australian comedy movie, The Inbetweeners 2. 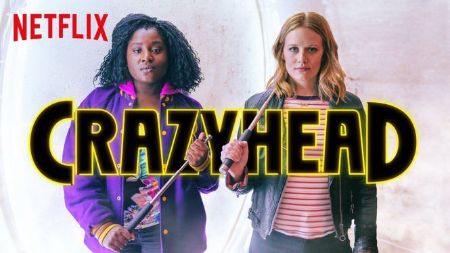 Wokoma is most known for her television appearances as Jessica in the Channel 4 comedy series Crashing, which marked Phoebe Waller-Bridge's television directorial debut. She also starred in the E4/Netflix sitcom Chewing Gum and the Channel 4/Netflix comedy-horror series Crazyhead.

Most recently, Wokoma has starred as Frankie in the English sitcom Porters, Mabel Wisbech in the Channel 4 sitcom Year of the Rabbit, and Sabrina in the crime thriller miniseries Dark Money.

Wokoma is set to have a main role in the upcoming drama series, Super Simple Love Story, and will appear in some capacity in the upcoming Netflix mystery film, Enola Holmes, starring Millie Bobby Brown, Henry Cavill, Sam Claflin, and Helena Bonham Carter.

Susan Wokoma is estimated to have a net worth of around $1 million. Her wealth comes from her career as a stage and screen actress. 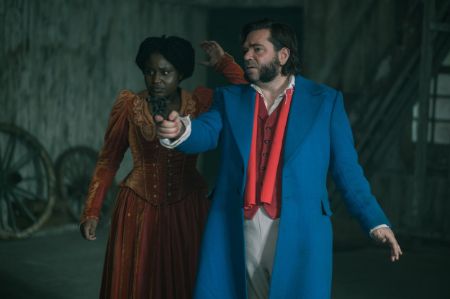 Susie Wokoma in Year of the Rabbit SOURCE: 25YL

She has had notable appearances in such television shows as Hotel Trubble, Bluestone 42, Crashing, Crazyhead, Chewing Gum, Porters, Year of the Rabbit, and Dark Money; and such movies as Half of a Yellow Sun, The Inbetweeners 2, Burn Burn Burn, and The Ghost and the House of Truth.