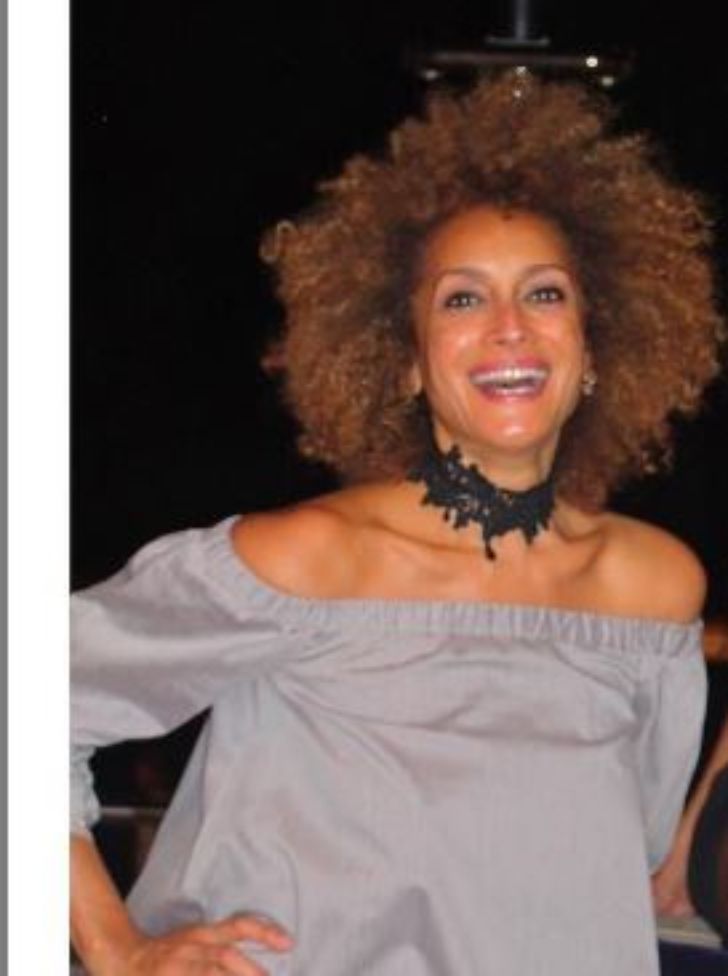 American actress and model Marita Stavrou made her acting debut in the 80s and worked in films such as Family Matters (1989), Strictly Business (1991), and Dinner Rush (2000). Along with her on-screen works, she is widely famous as the ex-wife of former NBA star Reggie Miller. The duo was in a marital relationship for nearly a decade before they divorced in 2001. Much as their divorce, the alimony of the former couple saw a headline back in those days.

Where Is Marita Stavrou From? Age and Height?

Born on November 2, 1965, in the United States, Stavrou is of African-American heritage and holds American citizenship. Her birth sign is Scorpio. As of early 2022, Marita Stavrou is 56 years old and has a height of 5 feet 9 inches or 175 cm tall.

Even though she remained in highlight for many years from marriage with now-retired NBA player Miller, she barely made disclosure of her family background. So far, the details of her early life, parents, and academics remain a mystery.

On the other hand, the former professional basketball played Reggie Miller was born on Reginald Wayne Miller on August 24,1965, in Riverside, California. Currently, he is at the age of 56 and his height is 6 feet 7 inch or 201 cm tall.

What Is Marita Stavrou Famous For?

Simply a majority of quick answers would link her fame as the ex-wife of Reggie Miller. But, also, Marita did have a decent career as an actress and model. Stavrou stepped into the entertainment industry in 1989 in "Family Matters." The show was the spin-off of Perfect Strangers, which revolved around the Winslow family (portrayed by Kellie Shanygne Williams, Reginald VelJohnson, Darius McCrary, Jo Marie Payton), living in Chicago, Illinois who have to put up with their next neighbor's troublesome antics.

Even with a small role in Family Matters, she made an impact on the film industry. Eventually, she got another part in the movie "Strictly Business" in 1991. 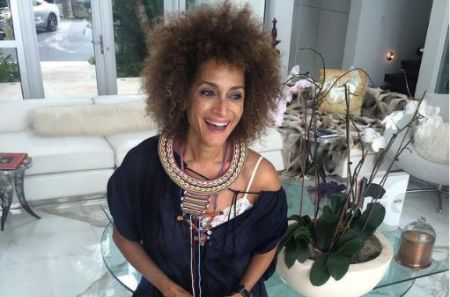 Besides, Statrouv moved forward and gained a gentle rise with the movie "Dinner Rush" in (2000), which tells a story of a man trying to change his restaurant's status.

Martia Stavrou and NBA star Reggie Miller remained as husband-wife for over 9 and a half years. Reportedly, they married on August 29, 1992, and divorced on April 2, 2001. Throughout their marriage, the now-former couple didn't welcome any children.

Since their split, Stavrou has remained low-key about her relationship and other personal updates. Allegedly, she is single as of 2021. Neither she is spottted with anyone in public nor she has talked about her personal life.

Ex-Husband Is Father Of Three

On the other, her ex-husband Reggie seems to have already moved on and is doing well in his current relationship.  The 5-time NBA All-Star is dating his girlfriend Laura Laskowski. Even more, they are parents to three children: a son Ryker (b. August 29, 2013), and two daughters.

The second-born child daughter Lennox was born on May 25, 2016, and the youngest one was born in January 2021, but her name is yet to be revealed. 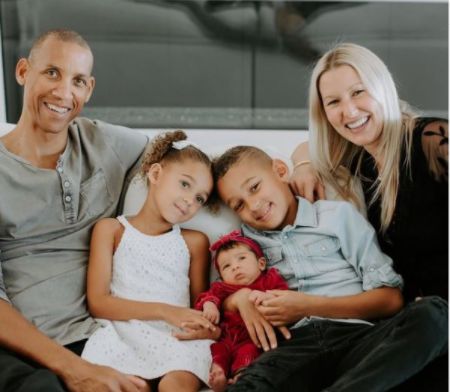 Before Laura, Miller had a brief relationship with Natane Boudreau and Jaimyse Haft. There was a news of their relationship in the the year 2001.

Marita Stavrou has an estimated net worth of $5 million as of 2022. Although she did manage to grab a considerable sum through her acting stints, Stavrou made a decent sum through her divorce alimony, which was reported $5 million. She had filed for divorce in 2000, seeking spousal support which summed her up with riches.

Speaking of her personal income as an actress, she could possibly earn in the 6-digit from films. Currently, as per her LinkedIn profile, Stavrou owns and manages her own company Marita Stavrou Inc.

According to Celebrity Net Worth, Marita's ex-husband Reggie Miller has $90 million net worth- all thanks to his ma s sive salary and contracts from 18 seasons in the NBA. Until his retirement in mid-2005, Miller's total earnings from the NBA was $103,864,748, which turns out to be approx. $160 million in inflation.