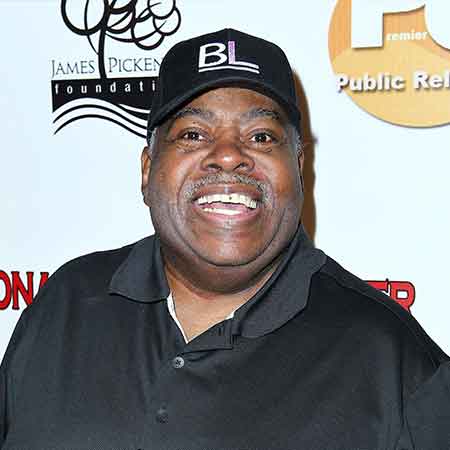 Widely recognized for playing police officers in both films and television series, Reginald Velijohnson came to the limelight and gained worldwide fame following his breakout performance on the sitcom Family Matter. He is also mostly known for his role in the movies Die Hard and Die Hard 2. His other popular projects include Funny Story and Brooklyn Nine-Nine.

Reginald Veljohnson was born on  August 16, 1952, in Queens, New York, United States. He is the son of Eve Johnson, a nurse, and Reginald Johnson, Sr., a hospital attendant. At the age of 13, his father left the family and her mother subsequently married John Reilly.

Veljohnson has a brother named Barry Velijohnson. He graduated from the Benjamin N. Cardozo High School. At that time, he became a friend of George Tenet and adult-movie star, Ron Jeremy. He later went on to enroll at the New York University and obtained a Bachelor of Arts.

Veljohnson changed his name as Reginald VelJohnson from Reginald Vel Johnson (his birth name), before embarking on an acting career.

Reginald Veljohnson initiated his acting journey with a small role in the movie Wolfen. He had a brief appearance as a Municipal Correction Officer in a 1984 supernatural comedy Ghostbusters. His subsequent success includes Remo Williams: The Adventure Begins, Crocodile Dundee, Ground Zero, as well as Death to the Supermodels.

After his numerous successful movies, Veljohnson took a role in the TV series The Equalizer in 1985 which was his debut project. He made his breakthrough performance portraying Carl Winslow from 1989-1998 in the hit series Family Matters. He also wrote a critically acclaimed series of short stories Division Street.

The actor is also credited for Tron: Uprising, The Mistle-Tones, and It's Always Sunny in Philadelphia. In the year 2018, he appeared in Funny Story and Brooklyn Nine-Nine.

Throughout his extensive career, Reginald Velijohnson has grabbed a number of successful roles in both movies and TV series. He has an estimated net worth of around $4 million. In 1984, he was cast in the supernatural comedy Ghostbusters which was turned out to be a box office hit grossing over  $242 million in the United States and more than $295 million worldwide. In the movie, he featured alongside Bill Murray, Sigourney Weaver, and Rick Moranis.

Reginald Velijohnson is not married yet and neither is dating anyone at present. Despite his long on-screen journey, the actor has successfully kept secret everything regarding his dating, girlfriend, and love life. Talking about his sexual orientation, due to his low-key life and lack of "female friends", unlike many B-town heroes he is often a s sumed to be gay. There are many online speculations regarding his sexuality, however, the actor has never openly spoken about the rumors.

Velijohnson was reportedly dating James Avery but the rumor shut down later. There was also a rumor that the actor married Barbara Avery in 1988. But he never confirmed having a wife.

Veljohnson became the subject of an internet hoax after a website reported that the actor has died as a result of a heart attack on February 13, 2017. All the fans freaked out and they even shared their heartfelt condolence messages via social media. But the news was fake. The fact-checking website Snopes.com proved the claim to be totally fake.