Actress Maggie Siff is one of the prominent faces in the entertainment industry, rose to stardom following her role in the series Mad Men for which she won a nomination for Screen Actors Guild Award. The actress gained further fame after her performance in the hit series Sons of Anarchy. She also landed numerous roles in several popular movies like Michael Clayton and The 5th Wave.

Regarding her personal life, she is married to Paul Ratliff with whom she shares a child.

Maggie Siff was born Margaret Siff on June 21, 1974, in the Bronx, New York City, New York under the birth sign Cancer. Her mother is of Irish and Swedish ancestry whereas her father is of Russian Jewish descent. She is American as per nationality and belongs to mixed ethnicity (Irish and Russian descent).

Regarding her academics, she attended The Bronx High School of Science and then joined Bryn Mawr College graduating in 1996  majoring in English.

Following her graduation, Siff went on to study at New York University's Tisch School of the Arts Graduate Acting Program and accomplished her M.F.A in acting.  Shortly thereafter, she started working as a temp at a hedge fund.

Before shifting into television, Siff extensively worked in regional theater winning a Barrymore Award for her work in Henrik Ibsen's Ghosts for her perfromance in Hernik Ibsen's Ghosts at Lantern Theater Company.

Siff's great performance in the TV series Mad Men from 2007-2008 earned her a Screen Actors Guild Award nomination under the category Outstanding Performance. In 2007, she also made her silver screen debut playing the role in the legal thriller movie Michale Clayton. Her other movie and TV credits include Leaves of Grass, Concussion, and Law & Order. 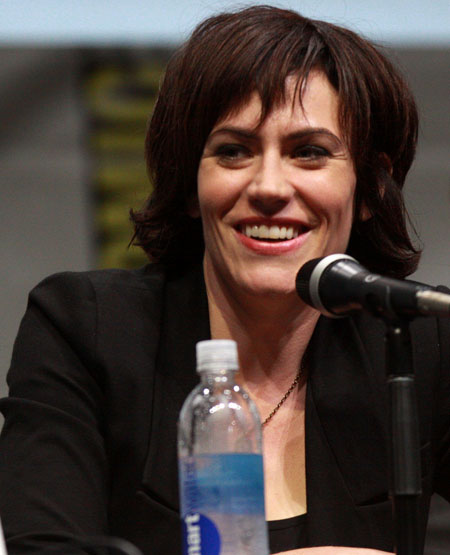 Siff got more recognition for her iconic role in the series Sons of Anarchy from 2008-2013. For her role in the series, the actress also got a nomination in various categories including two Critics' Choice Television Awards in 2012 and 2014 respectively.

Siff is playing the role of Wendy Rhoades in the drama series Billions since 2016 alongside Paul Giamatti, Damian Lewis, Malin Åkerman, and Toby Leonard Moore.

Maggie Siff has made a decent amount of money from her illustrious career and as of 2018, it is estimated around $8 million according to the Celebrity Net Worth.

The actress portrayed a number of significant roles in both TV and films. Some of her successful movie projects are listed below.

According to some online sources, a TV star earns an average salary that ranges from $150k to $1 million.

Maggie Siff is a married woman. She tied the knot to her boyfriend turned husband Paul Ratliff in October 2012 after dating for months. Just after a year, Siff announced that she was expecting her first child and gave birth to a child, named Lucy Siff in April 2014. 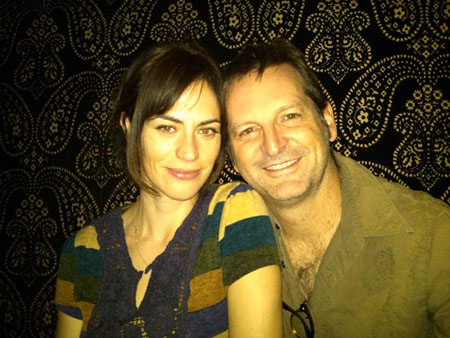 Siff is also quite busy on social media like Instagram where she mostly posts romantic pictures along with her husband.

Check out the interview with Maggie Siff: