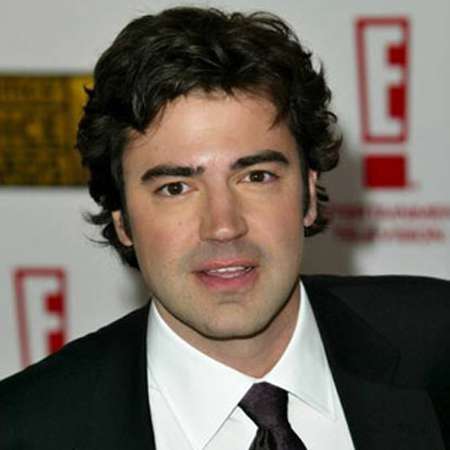 Ron Livingston was born in as Ronald Joseph "Ron" Livingston on June 5, 1967 in Cedar Rapids, Iowa to Linda who was a Lutheran pastor and to Kurt Livingston who was an aerospace/electronics engineer. He has a younger brother named John who is also an actor and his sister Jennifer Livingston and brother-in-law named Mike Thompson who is both TV news personalities at WKBT in La Crosse, Wisconsin.

Ron graduated from Marion High School in Marion, Iowa, and attended Yale University, where he received B.A. degrees in Theater and English. He made his film debut in Straight Talk in 1992. Later on, he went on to be seen in Some Folks Call It a Sling Blade, Campfire Tales, Beat as Allen Ginsberg, Buying the Cow, Little Black Book, Music Within, The Time Traveler’s Wife, The Odd Life of Timothy Green, The Conjuring as Roger Perron, Parkland as James P. Hosty, Vacation, The 5th Wave and more. He has acted in many television series like JAG, Townies, 2001’s Band of Brothers as Captain Lewis Nixon, The Practice as A.D.A. Alan Lowe, Sex and the City as Jack Berger, American Dad as Bob Memari, Standoff as Matt Flannery, Defying Gravity as Maddux Donner, WWII in HD, WWII Lost Films, Game Change as Mark Wallace, We Hate Paul Revere as Paul Revere, Saints & Strangers as John Carver. He has had a successful acting career. The public wants to see more of him in the coming years.

Ron has not had many relationships and affair. He met Lisa Sheridan in 2000. The couple fell in love and was happy for a couple of years. He broke up with girlfriend Lisa in 2003 due to some dispute. He then met actress Rosemarie DeWitt in the 2000’s in the sets of Standoff. They fell in love and got married on 2nd November 2009. The couple announced that they had adopted a baby girl named Gracie James Livingston who was born on 29th April 2013. The couple has not given birth to any children of their own. Ron takes his time off his hectic schedule to spend some quality time with his spouse and kid. He keeps his private life away from the spot light.

Ron Livingston is currently 48 years old and stands tall at the height of 5 feet 11 inches. He is adored by many of his female fans for his masculine figure and well-structured face. Ron’s performance is admired by many critics. His net worth is estimated to be a total of $ 5 million which shows his huge salary coming out of his successful career. His bio can be found on many social media sites like IMDb, Facebook, twitter and more.