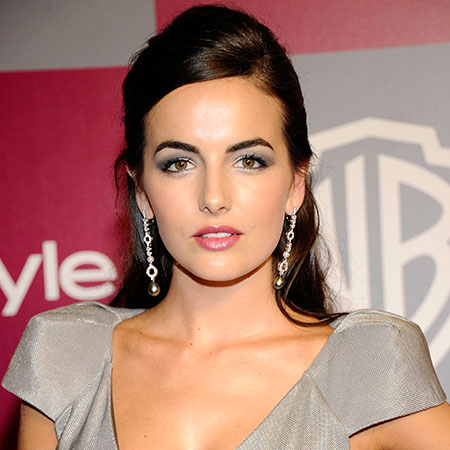 Camilla Belle is an American actress. She came to recognition after her portrayal of Evolet in the 2008 movie, 10,000 B.C. She is best recognized for her role as Sydney Miller in the 2000 movie, Rip Girls.

Camilla Belle was born on October 2, 1986, in Los Angeles, California, the U.S. Her father, Jack Wesley Routh, owns a construction company and was also a composer of country music, and her mother, Cristina Gould, is a Brazilian-born fashion designer.

Camilla belongs to American nationality and was raised in a Catholic Household. She was named after a famous actress Camila, who acted in her mother’s favorite Brazilian soap opera, Cavalo de Ao.

Camilla Belle went to St. Paul’s Catholic Elementary School and after that the Marlborough School and an all-girl high school in Los Angeles. She made her career debut in a print ad for nine months.

At an early age of five, she acted as a lead in her first film, NBC’s thriller, Trapped Beneath the Earth. In 1995, she did a small part in the film production of the novel, A little Princess.

In 2000, Camilla Belle bagged her first lead role in Rip Girls, which is a Disney channel original movie, playing the role of Sydney. Afterward, she took a short break and returned with The Ballad of Jack and Rose.

Camilla got her first major work when she was cast in the lead role in the movie 'When a stranger calls', which won her several accolades. The movie was a psychological horror film which was based on the urban legend the babysitter and the man upstairs. She was cast alongside Brian Geraghty, Katie Cassidy, and Clark Gregg, among others.

Camilla Belle rose to stardom is Roland Emmerich's film 10000 BC. The movie was a huge success at the box office and Camilla's performance was highly appreciated by the fans. The movie was made under the budget of $105 million at grossed $269.8 million at the box office. She starred alongside Steven Strait, Affif Ben Badra, Cliff Curtis, and Joel Virgel, among others.

Meanwhile, she also modeled for Vera Wang’s Princess fragrance and eventually entered the fashion world as well. Apart from all this, Camilla has been a part of various television series and movies in recent years including Caveman, Amapola, Diablo, The American side, Rip Girls, Back to the Secret Garden.

Camilla Belle's net worth is $2 million at present. She has built up her amazing net worth through her successful movies in these past few years.

Camilla is a good looking actress with her fantastic body and gorgeous hair. She has a height of 5 feet 8 inches and a weight of 53 kg. She is a very dedicated and talented actress and an inspiration for many people out there.

Beautiful Camilla Belle was in a relationship with Joe Jones of Jones Brother’s. The couple started dated after Camilla starred in the band’s music video for the song Lovebug in 2008.

However, the couple broke up in 2009 because of some inevitable reasons. Prior to Joe, she was rumored to be dating Tom Sturridge, who is an English actor. Two of them were spotted together early in 2006 on many occasions but both of them denied the news of them dating each other.

Camilla has been linked up with several men after she broke up with Joe Jones including Chad Michael Murray, Tim Tebow, and Fernando Verdasco. However, she has denied all those rumors. According to her, she is currently single and does not have any plans to get married and have a husband anytime sooner.