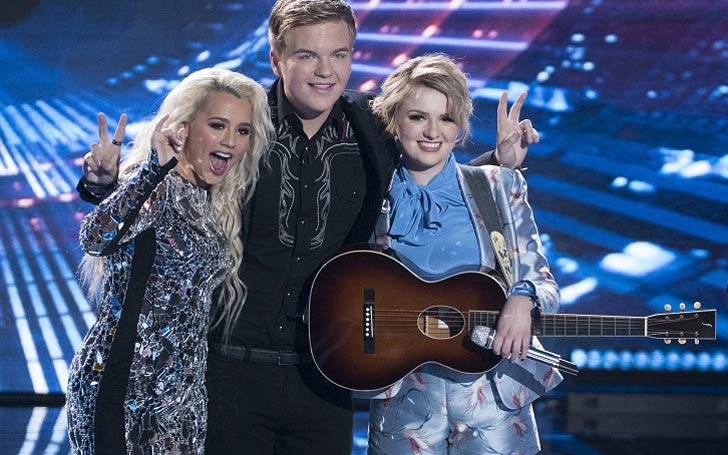 American has got its 16th winner!!

The 19-year-old Maddie Poppe, popular for her soothing voice and artistic ability, was declared the winner of the 16th season of American Idol during Monday night's final.

The trophy isn't the only thing that the Iowa native taking with her but is also taking a man with her. Poppe is dating Caleb Lee Hutchinson, who came runner-up in the competition. 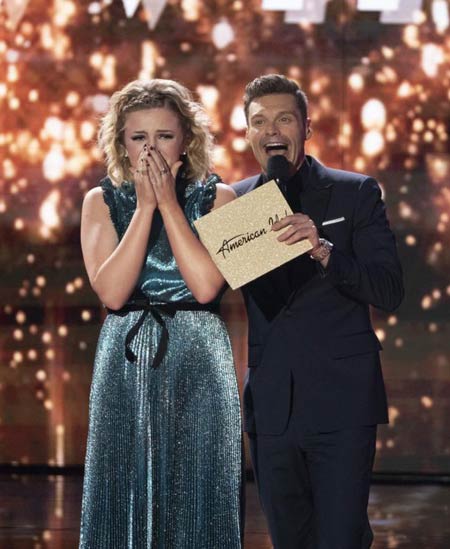 The two announced their relationship during the last moment of the final where Hutchinson told the host Seacrest,

Well, Mandie is my pal and I've known her since the beginning of Hollywood week. And she actually happens to be my girlfriend.

Judges Lionel Richie, Luke Bryan, and Katy Perry were stunned when they heard about the relationship with Perry spinning around in her chair multiple times.

The lovebirds performed Israel Kamakawiwo'ole's Somewhere Over the Rainbow together after the big revelation. After their performance, the couple was surprised with a free trip to Disney's Aulani resort in Hawaii.

Following the winner announcement, Hutchinson hugged his girlfriend celebrating her big win. He later took to Twitter congratulating her where wrote "MY GIRLFRIEND WON AMERICAN IDOL!!!"

MY GIRLFRIEND WON AMERICAN IDOL!!! No one deserved it more than you babe. I am honored to know you and even more honored to call you mine. Don’t forget about me. I love you  pic.twitter.com/S0g73ZIyfP

Meanwhile, Poppe was seen amazed to win the competition. She told the reporters.

I don't have any words to describe this really. I can't believe people believed in me this much just to make it to the top two with Caleb. To actually have been named the winner of this show is is incredible.

I got to be who I wanted to be and the fact that I am here and I can tell you that I won the show is doing exactly what I wanted to do and I didn't have to change myself for anybody is pretty incredible.