Louis Ozawa is an American actor who started his acting career with the 2001 film On the Q.T. He is famed for his performances in Predators, The Bourne Legacy, Kidding, and Hunters.

Louis Ozawa was born on October 11, 1975, New York City, New York, the United States. His birth name is Louis Ozawa Changchien while he is known with his other names, Louiz Ozawa and Louis Changchien. Currently, his age is 45 while he stands at the height of 5 feet 10-inch or 178 cm tall.

He spent his entire childhood in New York and Japan. The American nationality holder belongs to the mixed ethnicity as his father is a Taiwanese and his mother is a Japanese jewelry designer. However, the identity of his parents is missing at the moment.

Louis arrended Riverdale Country School and Stuyvesant High School. Later, he graduated with an MFA in acting from Brown University.

Hanzo From The Movie Predators: What Is Louis Ozawa Net Worth In 2021?

So far, New York based actor has never shared any details of his wealth with the media. However, as per reports, Ozawa is believed to have an estimated net worth of $1 million. He earns an impressive sums from his films, television series, video games, and social medias.

Active in the entertainment industry since 1999, Louis Changchien has a total of 49 acting credits under his name as per IMDb. Some of his initial work credits includes On the Q.T., Robot Stories (box office $131,451), Law & Order, Heroes and Villians, Tomorrow Arigato, Pretty to Think So, Gigantic (collection $165,888), and Fair Game (budget $22 million, earning $24.2 million). 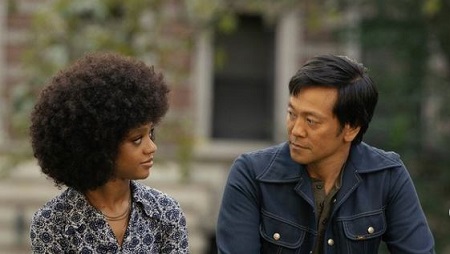 He would later appear in post-production short-film The Translations. Besides that, he is also a part of video games like Midnight Club: Los Angeles (2008) and Grand Theft Auto IV: The Lost and Damned (2009).

The 45 year old Louis is married and a proud father. He exchanged wedding vows with wife is Jackie Chung. She is an actress known for her roles in Wayne Wang's film Coming Home Again. 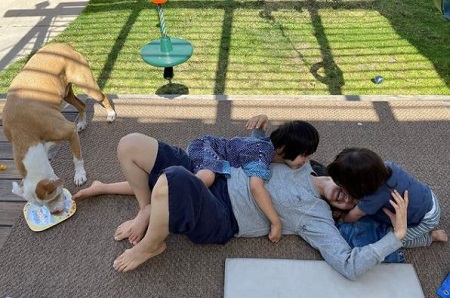 The couple is together for a long time and are so in love with each other. Both of them often shares numerous pictures with each other. Ozawa along with his wife two sons; one of their child's name is Tyrus.