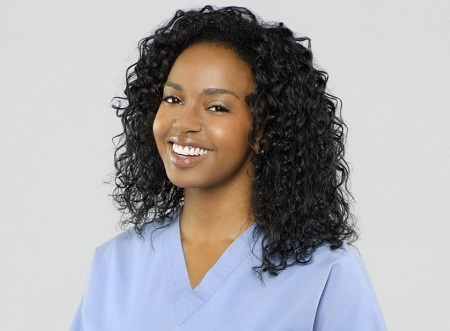 Born and raised in Dallas, Texas, Jerrika Hinton is one of the quickly-established actresses in the industry. Dabbling in the entertainment world with a 2006 independent drama Rain, Hilton gained widespread popularity following her longest TV role of Dr. Stephanie Edwards in the ABC hit drama TV series Grey's Anatomy. The actress also has deserved credit for her work in Everyday Hates Chris, Here and Now, The Roommate, and more.

Who Is Jerrika Hinton?

Jerrika Hinton was born in Oak Cliff, Dallas, Texas, on September 28, 1981. She is the daughter of Avaleon Hinton and Cynthia Cynthia, a retired government worker.

Hinton attended Southern Methodist University's Meadows School of the Arts and obtained a bachelor of fine arts degree in liberal arts with honors in 2002. There, she also studied theatre, directing, as well as play-writing.

She Rose To Fame From 'Grey's Anatomy'

Jerrika Hinton initially kick-started her acting journey, performing in stage productions. It was not until the then-promising actress made her professional debut with the 2006 movie Rain that her career really took off.

The same year, Jerrika played Allison in a comedy-drama TV series Gilmore Girls. Subsequently, the actress worked in many other hit movies and TV shows, including Broken Angel (2008), Gossip Girl (2009), Lie to Me (2010), and more.

In 2011, sharing the credit along with Leighton Meester and Minka Kelly, Hinton featured in a movie The Romance. She acted in three TV projects Mad Love, Bones, and A Christmas Kiss that same year so far. 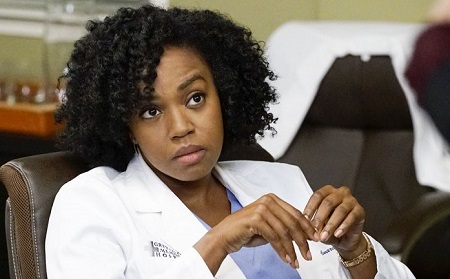 Hinton became the household name among the TV fans after she snagged the role of Dr. Stephaine Edwards in the ABC acclaimed TV series Grey's Anatomy in 2012. She worked in the show until 2017 along with Ellen Pompeo, Tessa Ferrer, Sandra Oh, Katherine Heigl, and Justin Chambers as well. It was also turned out to be the longest TV role she has ever played.

In 2020, the actress would appear in vengeance-driven Nazi hunting series Hunters, executive produced by Oscar-winning Get Out writer-director Jordan Peele. It is scheduled to be premiered on February 21, 2020, on Amazon Video.

What Is Jerrika Hinton's Net Worth?

According to face10.com, Jerrika Hinton has an estimated net worth of $800k as of 2020. The actress has racked up the majority of her aforementioned fortune over the course of her acting career.

Professionally-turned as an actress since 2005, Hinton has already worked in dozens of triumphant movies and TV shows. In 2011, Hinton was cast in a movie The Romance, which grossed over $52 million at the box office worldwide.

The average annual salary of an actor in the USA is around $53,000.

Jerrika Hinton is not married yet. But, according to some online sources, the actress is dating her Grey's Anatomy's co-star Jesse Williams. The couple's dating rumor was perpetuated by their on-screen romance on the show. But, they yet to address the rumor in real life.

Besides, Hinton is an avid traveler.