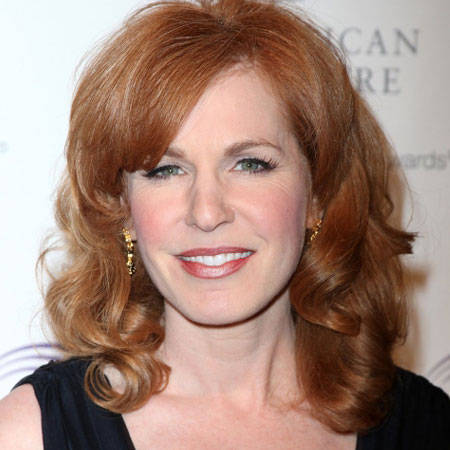 Liz Claman, an American news anchor/journalist, currently works for Fox Business Network. She works as an anchor for Fox Business Network's financial program Countdown to the Closing Bell. She’s working for Fox Business since 2007. She started her career at KCBS-TV as a production assistant and got her first on-air job from WSYX-TV, Ohio. She then works as a fill-in anchor for CNBC’s Before the Bell. Regarding her personal life, the popular media personality is married to Jeff Kepnes with whom she shares two children.

Liz Claman was born Elizabeth Kate Claman on 12th December 1963, in Beverly Hills, California under the birth sign Sagittarius. Claman is American as per nationality and belongs to the White-American ethnicity.

Claman's parents raised her with her four siblings in a Jewish family. Her father, Dr. Morris Claman originated from Russia whereas her mother, June Beverly Claman is from Romanian. Her father was a world-renowned urologist and her mother is an actress.

He has four siblings. Her older sister, Danielle Claman Gelber is the executive director of Dick Wolf Films, and another older sister, Holly R. Clama is a Hollywood studio musician. Her younger brother is also a musician and another sister, Barbara Claman is a casting director.

Claman attended Phillips Academy in Massachusetts where she was a disc jockey for WPAA, a school radio station.  She then went to the Beverly High School where she was a friend of Peter Schiff and Claudia Cowan (Fox News Reporter).

Later she graduated with a BA degree in the French Language from the University of California, Santa Cruz. She also has a Certificat Superieur de Francais from Sorbonne.

As per LinkedIn, After graduation, Liz Claman served as a production assistant for Paula Zahn, Jim Lampley, and Ann Curry at KCBS-TV in Los Angeles. Claman did her first on-air job at WSYX-TV. KCBS-TV in Columbus, Ohio. She also worked as a local morning talk show host for the show, Morning Exchange in WEWS-TV. Later, she worked as a weekend anchor at WHDH-TV in Boston.

Claman became a member of a team that won local Emmy Awards. In April 1998, she joined the CNBC network as a freelancer based in Fort Lee, New Jersey. After two years, she became a full-time journalist at CNBC.

In 2002, she started hosting a new show Morning Call with Ted David and Martha MacCallum. Claman also made several guest appearances for The News with Brian Wiliams hosted by Brian Williams

From 2002-05, she co-hosted a show Wake Up Call alongside Carl Quintanilla, Brad Goode, and Michelle Caruso-Cabrera. Claman worked for the network till 2007 then moved to Fox News Channel.

From 2007-14, she hosted a weekdays news show Markets Now. Since 2008, she has been hosting a show Countdown to the Closing Bell. As of now, she is working as a co-anchor on Fox Business' 4 pm show ET with David Asman. She interviewed a number of business leaders in Fox including Bill Gates, Warren Buffett, Jack Lew, Alan Mulally, and Sarah Palin among others.

This sell-off has multiple triggers, but separate news storms are coming together in a sort of cosmic crash to swamp the markets.

Along with an anchor, she is also an author. She published her first book, The Best Investment Advice I Ever Received in 2006.

Liz Claman’s net worth is $3 million, according to some online sources, but, the amount is still under review. She has collected a hefty amount of net worth from her journalism career.

According to a source, Fox News journalists earn an annual average salary of $85K-$150K. So, her salary is also somewhere in the above range.

On 21 November 20 07, Claman released a book under the title The Best Investment Advice I Ever Received: Priceless Wisdom from Warren Buffett, Jim Cramer, Suze Orman, Steve Forbes, and Dozens of Other Top Financial Experts which is priced $17.99 for Hardcover, $17.99 for Paperback, and $6.27 for Kindle.

Claman is a member of the charitable organization Hadassah. She is also a Big Sister in the Big Brother/Sister program at the Jewish board of family children’s services of Manhattan. Besides, she and her husband have also supported various philanthropical works in different parts of the world.

Claman completed the New York City Marathon in 2005 and Triathlon in New York City in 2009. She helped to raise more than $100k for Building Homes For Heroes after she completed 3 more triathlons.

Claman has been involved in several charity works. She has been a part of numerous fundraising and non-profit events and campaigns.

Claman is an active fundraiser for Building Homes for Heroes organization that builds mortgage-free homes for severely wounded soldiers returning from Iraq and Afghanistan. She has completed 7 triathlons and one New York City marathon.

Liz Claman is a married woman. She is married to Jeff Kepnes in 1999 in a private ceremony attended by families and friends at the age of 36. She dated Jeff Kepnes for a few years before she decided to get married.

Her husband, Jeff Kepnes is an executive producer of specials and will help the network meet the audience demand for special programming. He joined MSNBC in 2017 after spending 15 years for CNN news source.

The couple has two children; Gabrielle (16 years) and Julian (14 years). They both are pursuing their high school education as of August 2018.

Besides, Claman was born with mild scoliosis.