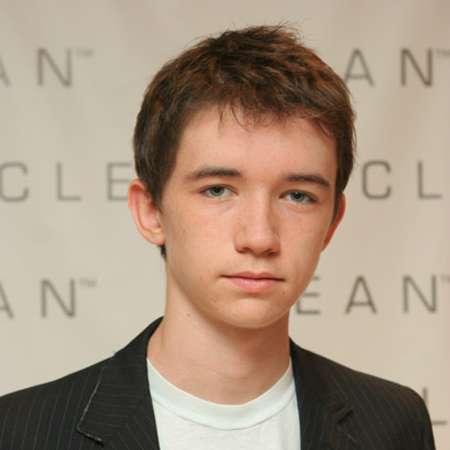 The American actor is known for his portrayal of Klaus Baudelaire in the adaptation of the series of books, A Series of Unfortunate Events. He landed his first acting role in a Ford commercial at the age of seven. He was born on the 7th of January, 1990.

Liam was born on the New York City, New York. He is the only child of Irish mother Moya Aiken and MTV producer father Bill Aiken who died due to cancer at the age of 34 on October 1992.

Liam’s father died when he was just two years old and his mother brought him up. He did his schooling from the Dwight Englewood School and graduated from the school in 2008. He then studied in the New York University and majored in the film when studying there.

Liam Aiken's interest in acting led him to debut in a commercial of the Ford Motor Company. Then, Liam made his debut on stage on the Broadway production play entitled A Doll’s House, when he was just seven years old. His film debut came up in 1997 when he was just 7 years too.

His notable film role came about in the year 1998 when he starred in the movie Stepmom, alongside Julia Roberts, Jena Malone, Ed Harris, Liam Aiken, and many others.

His next endeavor came about in the year Road to Perdition in the year 2002 and on the film Good Boy! in 2003. He was considered for the role of Harry Potter after being cast on Stepmom by the same director. However, Daniel Radcliffe obtained the role because he was absent.

On 2004, his most notable role, as a 12-year-old orphan, Klaus Baudelaire came up. He played the role of the intelligent lad on Lemony Snicket’s A Series of Unfortunate Events and his role was critically acclaimed.

He went on to appear in the CBS series, A Gifted Man on September 2011, along with Jennifer Ehle, Pablo Schreiber, Rachelle Lefevre, and many more.  The audiobook version of Who Could That Be At This Hour was also read by Liam on 2012. He was included in the first installment of all the Wrong Questions which was a prequel to A Series of Unfortunate Events. He also read the second audiobook installment in 2013.

This star, which rose into the heights of fame since a very young age, is liked by young girls around the world. He is said to have dated actress Emily Browning for a while previously. The relation seems to have ended and there is no information as to if he has a girlfriend, anyone, right now or not. He is just 25 years of age and he has never been married and doesn’t seem to plan on doing so anytime soon.

Liam Aiken has a net worth of $2 million dollars which can be attributed to his acting sprees since a very young age. It seems that he will be able to earn more as time goes by. This handsome dude is active on social networking sites like Facebook, Twitter, and especially Instagram.