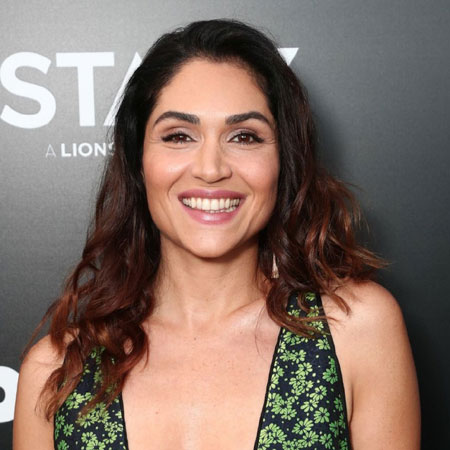 Lela Maria Loren Avellaneda Sharp popular as Lela Loren is an American television actress, best known for her role as Angela Valdes in the Starz Network original series Power. She has appeared in several movies including Reign Over Me, Flotsam, The Reunion, Snitch, The Hangover Part III. She is also credited for her role in series such as CSI: NY, Gang Related, H+: The Digital Series, Ghost Whisperer, The Mentalist, and The Shield.

Lela Loren was born as Lela Maria Loren Avellaneda Sharp on 7th May 1980 in Sacramento, California, U.S. She belongs to white ethnicity and holds an American nationality.

Loren spent her childhood in the city of Sacramento, California, the U.S. along with her brother who is a chef. Her father is an American and her mother is a Mexican.

Loren was interested in biology, mistakenly she was a s signed to acting cla s s. Slowly, her interest in acting rose up. Later, she participated in several college drama shows.

Lela Loren made her acting debut in the American Police procedural TV series, Cold Case, created by Meredith Stiehm in the year 2006.

The show has about 7 seasons with 156 episodes. The same year, Loren made her debut in the movie Between the Lines.

Loren has also played a recurring appearance in the web series H+: Digital Series (2012-2013) and Gang Related (2014). Her other TV credits include Chuck, Lost, The Mentalist, as well as The Closer.

The movie which was one of her successful movies successfully collected $362 million in a box office against its production cost of $103 million.

Lela Loren's Net Worth And Salary

As per Celebrity's net worth, Lela Loren's estimated net worth is $2 million at the present. She gained good fame from the entertainment industry and has successfully collected a good sum of salary from her career.

In the year 2012, the actress was a cast in the movie The Hangover Part III which was turned out to be commercially successful as it grossed more than $362 million worldwide against its budget of $103 million. Her other movie Snitch also became the instant hit at the box office making over $57 million whereas its production cost was $25 million.

Lela Loren is not married yet and is also not dating anyone at present officially. She is pretty secretive about her personal life and love affair. She might have made a few boyfriends but the news about her relationship never emerged in the media.

The actress was once rumored to be dating her co-star Omari Hardwick. In an interview, Lela completely denied her relationship with her rumored boyfriend. Despite her huge popularity, the actress has never talked about her love life in front of the media.  Also, Hardwick is married to Jennifer Pfautch as of February 2019.

Loren is possibly single which gives her more time to focus on her career. She loves to travel to new places and capture the picture. She also loved to cook.

Post photoshoot lie down with this sshole. Thank you @statusmagazine for capturing that NYC flavor And of course @deannamelluso @takishahair for the flawless glam!! @power_starz #season3iscoming !!!

A Power star is also quite popular on social media especially on the photo and short video sharing site Instagram where she has more than 567K followers, as of 2019.

Loren is very close to her family and often spends her leisure time with them. Further to add, Loren is an avid animal lover has a black-colored cat named Athena.

Here is a video of Lela Loren talking about her role in the television show Power.