Can imagine, the lead character James 'Ghost' St. Patrick in the crime drama-thriller television series, Power portrayed by other than actor Omari Hardwick? Definitely not!

Well, we should thank his wife, Jennifer Pfautch as she is the one who convinced him to join the cast of the series.

Pfautch, his wife, has supported him since they got married in 2012. So, are they happily married? We have all the details here.

Omari Hardwick is a family man. Currently, the actor is married to his wife Jennifer Pfautch from the past five years. According to some sources, they have been together since the actor's struggling days while he used to live in his car.

The 43-year-old Power star and his wife Pfautch tied the knot in 2012 in an intimate ceremony, and since then they are living happily ever after. It has been reported that the couple met for the first time while Jennifer was interning at NBC’s Prime Time Entertainment Publicity Department in Burbank, California. The couple after some courtships started dating. 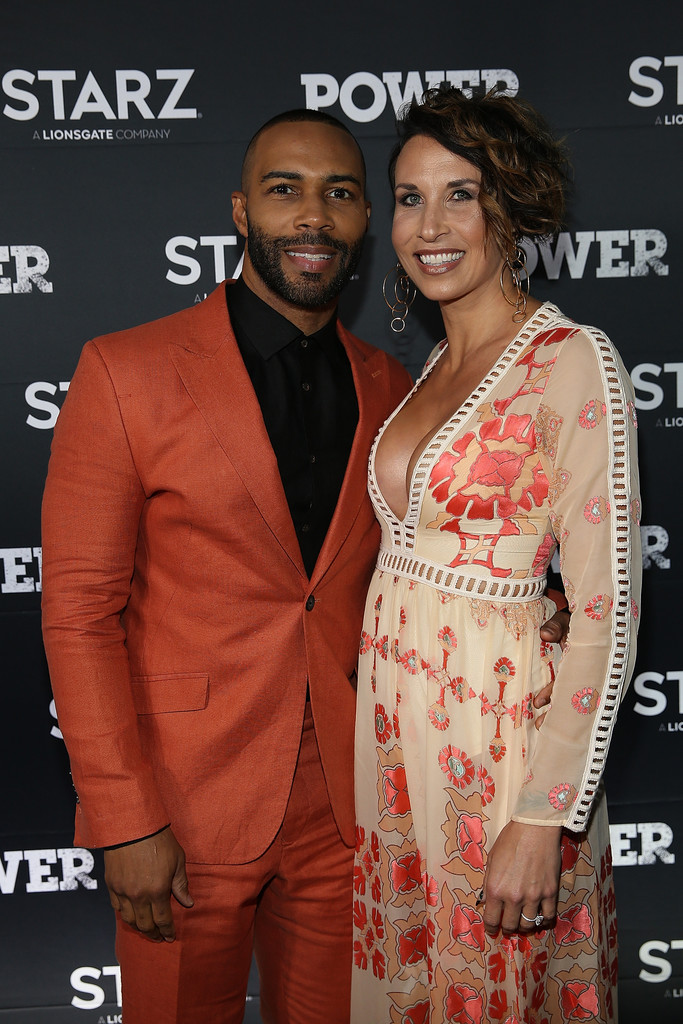 The couple has two children: a daughter Nova and a son Brave. The proud parents usually spend quality time with their two kids in different places.

Hardwick and Pfautch share a strong bond of love. Reportedly, it was Pfautch who convinced the actor to join Power. Initially, the actor didn't want to portray the role. The actor revealed the reality of his life-changing role via his Instagram post on 16 November 2016. He wrote:

Truth is: I was hesitant to say yes to this show initially. Perhaps it truly was an example of what it looks like when we run from our call, in this case...mine-to be of high stature in this business. I was cool with the decade of work being 1 where my craft & presence played it's part.

Between the 45 days of prayer from a one @mrsjaeh asking God to help me embrace my Power & Dominion" (yes, that word: power), & sitting down even a month after THAT with a one @ckagbohofficial & then talking to a one @50cent .....God had answered that prayer & spoke to me.

Thanks to Hardwick's wife Pfautch, she gave us Ghost!

Hardwick is a super supportive husband as he always stood by his wife during her bad times. Back in 2014, the pair went through major harassment from his fans.

Many of his fans passed nasty comments and harassed Pfautch calling her “ugly” and “masculine.” Despite those comments, the actor didn't care about the media and went out in a New York City restaurant with his wife.

Soon after, the snaps of their date then became the hot and happening topic on Twitter. Some of his fans even questioned his taste in women.

To the level of hate, the actor finally broke his silence via his tweet on 22 September 2014 and slammed all the haters.

She belongs to American nationality and regarding her ethnicity wise, she is a White American.