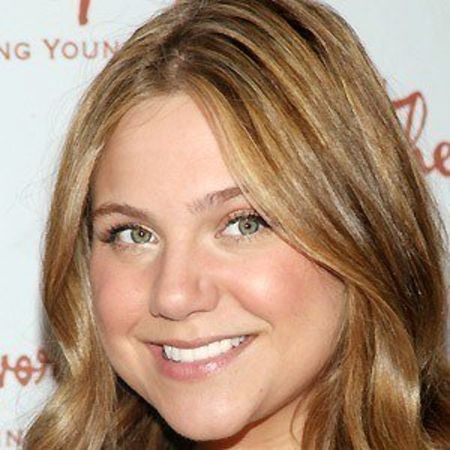 Lauren Collins is a Canadian actress and writer widely known for playing the role of Paige Michalchuk on the TeenNick television drama series, Degra s si: The Next Generation.

Collins, who has also appeared in films including Take the Lead and Charlie Bartlett, has been married to actor Jonathan Malen.

Born in a Jewish Family to English Father

She is of Canadian nationality and belongs to caucasian ethnicity. The birth country of her father is London, England. She was raised Jewish along with her brother, who is a copy editor.

She also has a cousin, Spencer Rice, who is a popular Canadian writer and actor. He has appeared in Kenny vs Spenny alongside Kenny Hotz.

As for the actress' educational background, Collins has studied at Thornlea Secondary School from where she completed her graduation.

Acting Career: Cast of Degra s si: The Next Generation

Lauren Collins was only 12 years old when she started her acting career; she appeared in various television series such as Once a Thief, Noddy and I Was a Sixth Grade Alien in 1998.

In 2000, she was cast in the Disney Channel television sitcom, In a Heartbeat. She appeared on the sitcom until 2001, alongside Reagan Pasternak, Christopher Ralph and Shawn Ashmore.

In 2001, Collins was cast as a series regular Paige Michalchuk on the popular TeenNick television series, Degra s si: The Next Generation.

She appeared on the show until 2008, becoming a part of its 143 episodes, along with Ca s sie Steele, Miriam McDonald and Drake.

Collins has since appeared in numerous television series such as 1 Girl 5 Gays, Rita Rocks, Picture This!, The Best Years, renegadepress.com and Girls v. Boys.

In 2008, Collins was cast in the romantic-comedy film, Picture This, along with Annie Murphy and Robbie Amell.

Being a successful Canadian actress, Lauren Collins earns a decent amount of money from her acting career.

She earned a lot of money while appearing on Degra s si: The Next Generation. As for the report, Collins used to get paid more than $50 thousand per episode of the show.

According to the Celebrity Net Worth website, the 33-year-old actress has an estimated net worth of $3 million.

Married to Actor Jonathan Malen Since 2018

As we mentioned earlier, Lauren Collins is a married woman; the beautiful Hollywood star has been married to actor Jonathan Malen, who is best known for providing the voice for Jimmy Z in Wild Kratts. 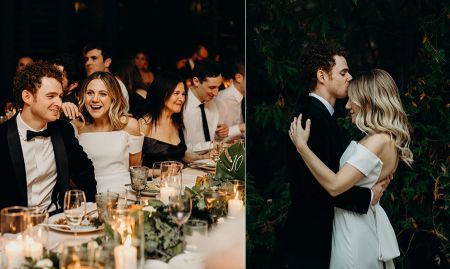 The couple tied the knot in a lavish ceremony in November 2018, at Toronto's Gardiner Museum and their wedding was attended by more than 120 guests.