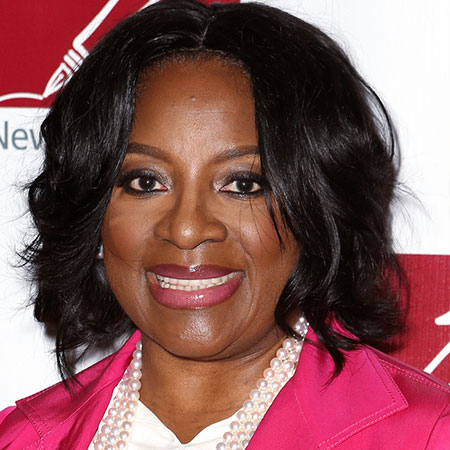 LaTanya Richardson is an American actress and producer, who is known for her appearances in films such as The Fighting Temptations and Fried Green Tomatoes. She is an acclaimed actress and has received many prestigious awards nominations including the Tony Award for Best Lead Actress in a Play.  Among people, she is also famous as a wife of actor Samuel L. Jackson.

LaTanya Richardson was born on 21st October 1949 in Atlanta, Georgia, U.S. She belongs to Afro-American ethnicity and holds an American nationality.

Gorgeous actress LaTanya made her acting debut from the 1968 American soap opera, One Life to Live. In 1991, she was cast as Janeen in an American coming-of-age comedy-drama film, Hangin' with the Homeboys, alongside Mary-Louise Parker, Jessica Tandy, Chris O'Donnell, and others.

Richardson then appeared in a supporting role in the number of TV series such as Law & Order, Frannie's Turn, Chicago Hope, Any Day Now, Judging Amy, 100 Centre Street, Blue Bloods, Grey's Anatomy, and many more. Further, her movies credits are The Super, Malcolm X, Lone Star, and Freedomland among others.

As of 2019, Richardson's last appearance was on American drama film, Juanita as Kay-Rita in 2017.  The movie starred Alfre Woodard, Adam Beach, Blair Underwood, and others.

LaTanya Richardson's extraordinary career makes her a decent earner. As of April 2019, her net worth is estimated to be around $10 million. The multimillionaire hasn't shared any earning details to the media yet, however, the average salary of producer ranges from $44,310 to $61,481 with the average base salary of $52,222.

On the other side, her husband Samuel L. Jackson is a well-known and highly-respected film and TV actor as well as a producer who has a net worth of $220 million.

LaTanya Richardson is married to a famous Hollywood star, Samuel L. Jackson. S. in 1980. The couple met for the first time in Morehouse College and performed in stage productions as well.

CAPTION: LaTanya Richardson with her husband and daughter SOURCE: people.com

The couple welcomed their first child,  Zoë Jackson in 1982, who attended Va s sar College in January 2002 who is a freelance TV and film producer.

In 2009, the pair started a charitable organization to support education.

check out the short interview of LaTanya Richardson