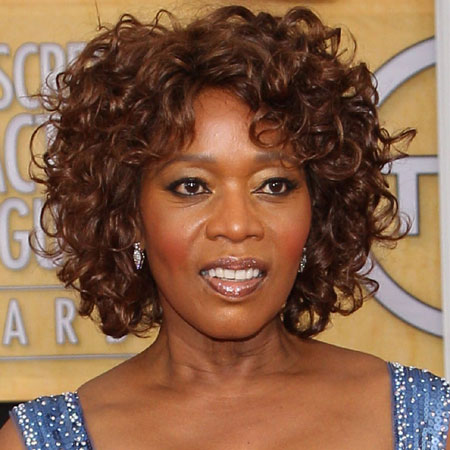 Alfre Woodard is an American actress as well as producer, famous for an Off-Broadway play ‘For Colored Girls Who Have Considered Suicide When the Rainbow Is Enuf’.

Woodard is also known for her versatility acting and has bagged four Emmy Awards and a ‘Golden Globe Award’ inclusive of three ‘Screen Actors Guild Awards’.

Alfre Woodard was born on November 8, 1952, in Tulsa, Oklahoma, United States. She belongs to North American ethnicity and holds an American nationality.

Woodard is born to Constance, a homemaker, and Marion H. Woodard, an entrepreneur, and interior designer. She was raised along with her siblings.

Woodard went to Bishop Kelley High School, a private Catholic school in Tulsa where she graduated in 1970. Later, she studied drama at Boston University, from which she graduated.

Alfre Woodard began her career in theater. After her breakthrough role in the Off-Broadway play For Colored Girls Who Have Considered Suicide When the Rainbow Is Enuf (1977), she made her film debut as a Rita in Remember My Name.

In 1983, Woodard won major critical praise and was nominated for an Academy Award for Best Supporting Actress for her role in Cross Creek.

In the same year, Woodard won her first Primetime Emmy Award for her performance in the NBC drama series Hill Street Blues.

Later in the 1980s, Woodard had to lead Emmy Award-nominated performances in a number of made for television movies, and another Emmy-winning role as a woman dying of leukemia in the pilot episode of L.A. Law.

Woodard also starred as Dr. Roxanne Turner in the NBC medical drama St. Elsewhere, for which she was nominated for a Primetime Emmy Award for Outstanding Lead Actress in a Drama Series in 1986, and for Guest Actress in 1988.

In the 1990s, Woodard starred in films like Grand Canyon, Heart and Souls, Crooklyn, How to Make an American Quilt, Primal Fear and Star Trek: First Contact.

It’s already been 23 years for their marriage but, still, they are going really smooth with their relationship with no signs of divorce in the coming days.

The couple lives with their children in Santa Monica, California.

Alfre Woodard is enriched with allure, poise, and diction which have made her an accomplished actress. Her dedication and hard work have earned her great success and fame. She earned a huge amount of net worth is around $13 million.