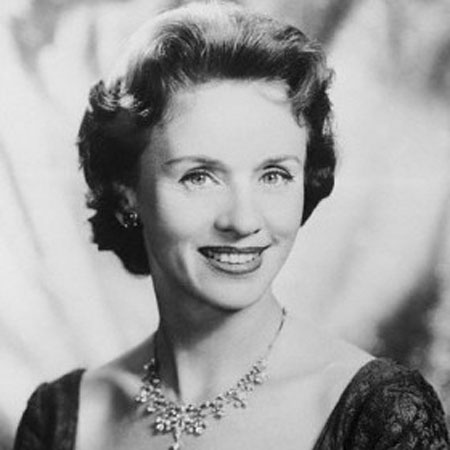 The Academy Award winner, Jessica Tandy was an English-born U.S. stage and film actress. She made her remarkable appearances in more than 100 stage productions and featured over 60 characters in film and TV. She became popular for her complex portrayals as well as her opposite roles with her husband, Hume Cronyn in a number of movies.

Jessica Tandy was born in Geldeston Road in Hackney, London, on June 7, 1909, under the birth sign of Gemini. The youngest of three siblings, Tandy is the daughter of a former traveling salesman, Harry Tandy, and Jessie Helen. Her father pa s sed away when she was only 12 years.

Tandy belongs to the British nationality and ethnicity wise; she is a White British. She grew up in Hackney and studied acting at the Ben Greet Academy. She completed her schooling at Dame Owen’s School in Islington.

At the age of 18, Jessica Tandy began her acting career and made her appearance for the first time in London in The Rumor (1929) and in New York City in The Matriarch (1930).

After featuring a number of increasingly complex characters, Tandy received overnight popularity for the creation of Blanche DuBois in Tennessee Williams’ A Streetcar Named Desire in 1947. For which she was awarded a Tony Award in 1948.

Furthermore, in the year 1951, Tandy made her feature film debut by appearing in the black-and-white biographical film, The Desert Fox. She was also cast along with Veronica Cartwright in a 1963 American horror-thriller movie The Birds.

The couple was also known as the “first couple of the American theatre.” In 1994, they received the first-ever Tony Award for lifetime achievement. After appearing in several films and stage productions, she finally caught her big break when she portrayed the role of Daisy Werthan in a 1989 comedy-drama film, Driving Miss Daisy, alongside Morgan Freeman and Dan Aykroyd.

For which Tandy also received an Academy Award for best actress. The movie ultimately made $106.6 million in North America and $39.2 million in other territories for a worldwide box office collection of $145.8 million whereas its producing cost was only $7.7 million.

Jessica Tandy is one of the popular English-born American actresses. According to Celebrity Net Worth, Tandy had an estimated net worth of $20 million.

One of her hit movies, Driving Miss Daisy grossed a huge box office collection of $145.8 million and the movie’s producing cost is only $7.7 million. For which she also received an Academy Award for best actress. She had an average height of 5 feet 4 inches.

Jessica Tandy was first married to the British actor, Jack Hawkins in 1932,  who worked on stage and in film from the 1930s until the 1970s. The couple has a daughter named Susan Hawkins who was born in the same year. However, they divorced in 1940.

Following their divorce, Tandy was married to her boyfriend, an American-Canadian actor, Hume Cronyn in 1942. The couple has two children, Tandy Cronyn, and Christopher Cronyn. Tandy and her husband Cronyn appeared together in a number of stage productions and well-known films.

Tandy and Hume also received the Kennedy Center Honor in 1986, for their contributions to the arts. Unfortunately, Tandy died at home on September 11, 1994, in Easton, Connecticut.