Kyra Zagorsky is a famous American actor who is widely known for appearing in horror drama series Helix (2014-2015). The actor grabbed attention for her roles in Continuum, The 100, and Arrow.

She spent her entire childhood in the mountains in a small town in Colorado. Her nationality is an American and she belongs to the mixed ethnicity. 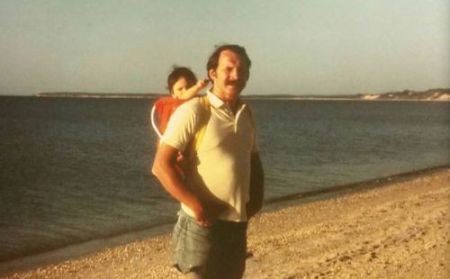 Kyra attended Southern Oregon University in Ashland and graduated earning a BFA in theatre. Likewise, she went to the University of California, Irvine where she received a Master of Fine Arts degree in Acting.

Zagorsky has been acting since 2004. The 45 years old actress began professional acting with the film Power Corps. Some of her initial works include Green Season, The ABCs of Death, The Closet, Chained, Toxin, The Troop, Fringe, and Hunt for the I-5 Killer. 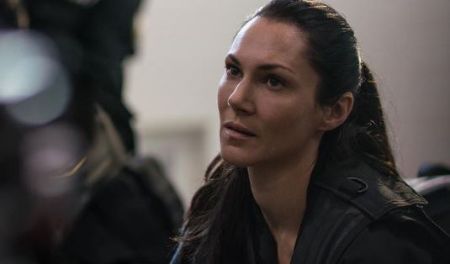 Since then, she has appeared in numerous television series like Smallville, The Pastor's Wife, Falling Skies, Supernatural, Motive, Continuum, Ice, Travelers, Arrow, The 100, Home Before Dark, and See. Furthermore, Helix's alum is also a part of movies such as Vendetta, Home Invasion, Sidekick, S.W.A.T.: Under Siege.

In 2022, she would appear as Isabel Finch on the television serpes The Imperfects alongwith Italia Ricci, Morgan Taylor Campbell, Iñaki Godoy, Rhianna Jagpal, and Celina Martin.

What Is Kyra Zagorsky Net Worth?

Professional since 2004, New York native has altogether 40 acting credits under her name as of IMDb. According to various sites, Kyra Zagorsky's net worth is said to be $2 million as of December 2021.

Personal Details: What Is Her Relationship Status?

At the moment, Zagorsky is married to Patrick Sabongui. Her husband is a Canadian actor and stunt performer who is popular for his role David Singh in the CW series The Flash.

Kyra exchanged wedding rings with her husband on August 5,2002. Together, the couple has two children; Ashé Sabongui and Bodhi Sabongui. 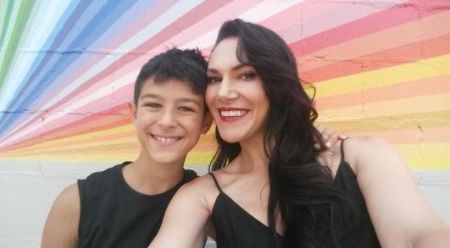 An outdoors, enthusiast, an athlete and a dancer since childhood, Zagorsky is currently active on Twitter with 6,142 followers. Also, she is available on Instagram and has 5,681 followers as of December 2021. To know her more personally and professionally, follow her on social media.