Krystal Nielson and Chris Randone have split after around eight months of marriage. The Bachelor in Paradise stars announced their split on Valentine's Day, Friday, 14th Feb.

It hurts to announce that at this moment, we have mutually decided to separate. Never did we imagine this scenario, but we've come to a point where we both need to work on ourselves.

Randone and Nielson fell in love during the fifth season of Bachelor in Paradise, and the Randone, a sales trainer, got down on one knee, asking her to be his life partner in the season finale in September 2018. 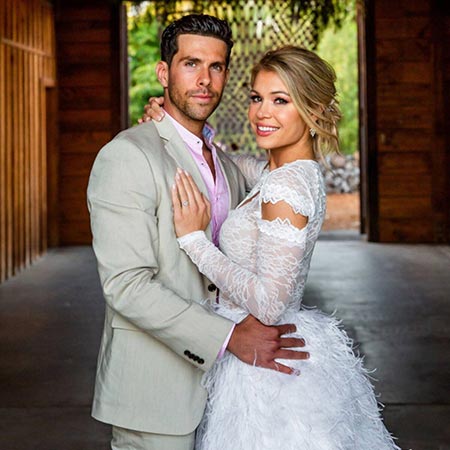 "You've helped me become a better version of myself, a better man," said Randone to Nielson during the proposal. He also said,

Nine months later, the pair said "I do" in an intimate wedding on June 16, 2019. Bachelor host Chris Harrison officiated their wedding held at the Vidanta Hotel in Puerto Vallarta. Some of their fellow BiP members also attended their Mexico wedding.