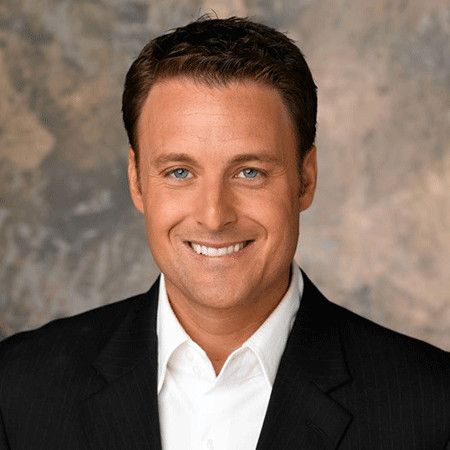 An American television personality, Chris Harrison, is best known as a host of an American reality dating show, The Bachelor. Chris’ career is highlighted with the Bachelor’s spin-offs.

He is hosting ABC reality television dating show The Bachelor since 2002. He has hosted all spinoff shows of The Bachelor. He is also the host of the syndicated version of Who Wants to Be a Millionaire? Chris Harrison has been active in the profession since 1993.

Chris Harrison was born under the birth sign Leo on July 26, 1971, in Dallas, Texas, the USA with the name Christopher Bryan Harrison. He is of American nationality and belongs to North American ethnicity. Chris was interested in soccer since his childhood.

He went to Lake Highlands High School and graduated in 1989. He was a member of the Kappa Sigma fraternity and attended Oklahoma City University on a soccer scholarship.

Chris Harrison's Career and Net Worth

Chris Harrison started his career as a sports reporter at CBS affiliate KWTV in Oklahoma City in 1993 and remained until 1999. He also worked briefly for TVG Network, a horse racing channel, and HGTV as the host of Designer’s Channel.

Chris also starred as a guest on Sabrina, The Teenage Witch as a music show host. He is described best as the host of the programs in his career. He was the host of American Music Awards in November 2008 alongside Carrie Ann Inaba and Nicole Scherzinger.

He co-hosted the game show You Deserve It and Hollywood 411. He was the host for the season 2015-2016 of the syndicated show Who Wants to be a Millionaire?

Chris has a calculated annual salary of $1.5 million and has an estimated net worth of around $12 million. Now, after the divorce, he is remained with half but is adding up his wealth through his hard work.

Chris Harrison is currently unmarried. He previously married to his college sweetheart Gwen Harrison. The two dated for a year prior to getting married. The couple shared their marital vows in 1993.

The couple has two children together named Joshua Harrison and Taylor Harrison. They got divorced in 2012 after spending 18 years of married life together.

The reason behind their divorce is not disclosed to the public. The divorce cost Chris to hand over half of his property to his wife.

After the divorce, Chris Harrison was seen hanging out with Kelly Sarac. Reports suggest they are very close to each other. Kelly Sarac is a divorcee.

She was married to Tommy Sarac and has three children with him. Prior to her, Chris was said to have an affair with “The Bachelor” Season 17 participants, Selma Almeria, in 2013. Chris was heard introducing Selma as his girlfriend.

Chris Harrison is available on Twitter and Instagram. He is a very popular person which can be proved by his increasing fans following in his accounts. His short biography and the news updates are available on different websites on the internet through which his fans can know more about him.