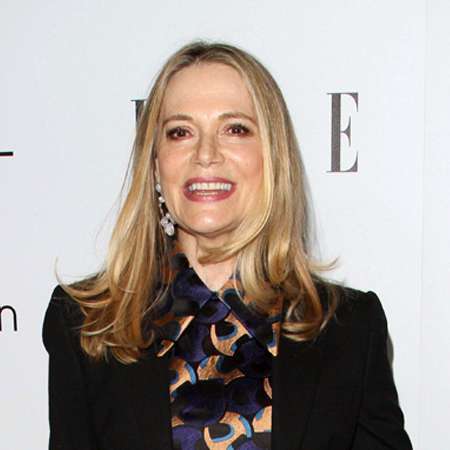 Peggy Lipton is an American actress, singer as well as a former model. She is well known for portraying as flower child Julie Barnes on the ABC television network television series,  for five years since 1968 where she won the Golden Globe Award for Best Television Series Drama Actress in 1970. The actress' significant role in one of the most viewed horror drama series Twin Peaks also earned her huge popularity. In 1971, she won the Brave Otto Germany Award for the Best Female TV Star. She was also nominated for the Primetime Emmy Awards in the year 1969, 1970, 1971 and 1972.

Peggy Lipton was born as Margaret Ann Lipton on August 30, 1946, in the New York City, New York, U.S. She belongs to white ethnicity and holds an American nationality.

Peggy grew up with her two brothers, Robert and Kenneth. Her brother Robert is an actor.

Peggy moved to Los Angeles when she was a teen of eighteen years where she described herself during the phase as a Topanga Canyon hippie and fixated with meditation as well as yoga.

Peggy Lipton began her career as a model at the age of 15 joining the Ford Agency. Later, she signed a contract with Universal Pictures.

In the year 1965, Piggy debuted on television in the NBC sitcom as a Joanna on The John Forsythe Show.

Later, Peggy appeared in some TV series including Bewitched, The Invaders, The Virginian, The F.B.I, The Road West, The Alfred Hitchc* * k Hour, and much more.

Peggy Lipton's Net Worth, Salary, And Major Source Of Income

Peggy Lipton earns lots from her career. Her current net worth around is $3 million. She also owns a house in Beverly Hills, California which consists of 3 bedrooms and 2 bathrooms. The cost of the house is known to be $4 million.

Lipton has appeared in the movies and tv shows including A Dog's Purpose, Twin Peaks: The Missing Pieces, When in Rome, Jackpot, Skipped Parts, The Intern, The Postman, Angie Tribeca, Claws, Twin Peaks, Psych, House of Lies, and Crash.  In the year 2017, the actress played the role in the movie A Dog's Purpose long with Britt Robertson which became the quite hit at the box office grossing over $205 million worldwide.

Peggy Lipton married Quincy Jones in 1974, and twelve years later they separated in 1986. The divorce was finalized in 1990.

Peggy and Quincy have two daughters Kidada Jones and Rashida Jones. They both are famous American actress. There is no rumor about her current marital status.

In her childhood days, Peggy was described as a withdrawn and nervous child. She also said:

I was sexually abused by an uncle and used to stutter which sometimes made it difficult for her even to say her name.

In her past, Piggy was linked up with several men, most of them being an alcoholic, married and abusive. During that time, she was even addicted to drugs which she revealed in her memoir ‘Breathing Out’ co-written by David and Coco Dalton.

In the year 2004, Piggy disclosed that she was diagnosed with colon cancer and has started her treatment for it.