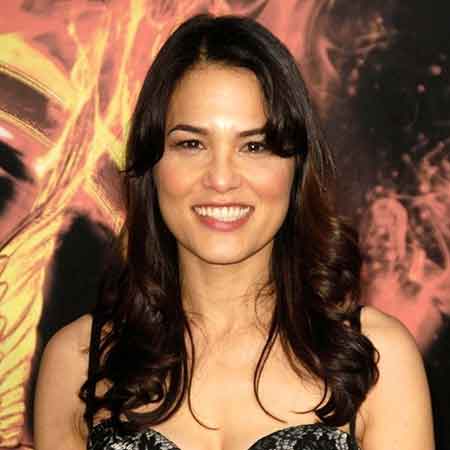 Kimiko Gelman is an American actress best known for playing the role of Rose in the NBC hit television series, Rags to Riches, from 1987 to 1988. She has also appeared as a vice principal in the Netflix hit original television series, 13 Reasons Why.

Kimiko Gelman was born as Kimiko R. Gelman on February 20, 1966, in Brooklyn, New York, the United States of America. She has not disclosed the names of her father and mother.

She is the second cousin of comic actor Josh Wolf and cinematographer Keith Salomon. She is also the granddaughter of the artist Aaron Gelman.

It's unclear if Kimiko has a sibling or not. She is of American nationality and belongs to white ethnicity. Her height is 5 feet 2 inches while her weight is not available.

Details about her educational background are not available.

Kimiko Gelman was interested in acting since her young age. She made her acting debut with the NBC hit television series, Rags to Riches, in 1987. She played the role of Rose on the series for a year until 1988.

Prior to her appearance in Rags to Riches, Kimiko had played a minor role in the ABC hit soap opera, Loving'. She appeared as a kind hooker named Treasure on the show for two years, from 1983 to 1995.

Kimiko currently plays the role of a vice-principal on the Netflix original series 13 Reasons Why. Other cast members of the series include Katherine Langford, Dylan Minnette, Alisha Boe, Christian Navarro, Justin Prentice and Brandon Flynn.

Salary, Earnings and Net Worth

Being a successful American actress, Kimiko Gelman certainly earns a decent amount of money from the film and television industry.

The exact figure if her net worth has not been disclosed but according to some online sources the total fortune of the Rags to Riches star is in million.

The exact salary of Kimiko is not available but online records show that an actress in the United States earns $45 thousand per year on average.

Moving towards the personal life of Kimiko Gelman, she is a married woman. The Rags to Riches actress has been married to the NYPD Blue actor, John Prosky.

The couple tied the knot in an intimated ceremony on September 7, 2000. The husband-wife duo is blessed with an adorable son, Joseph Kai Prosky. 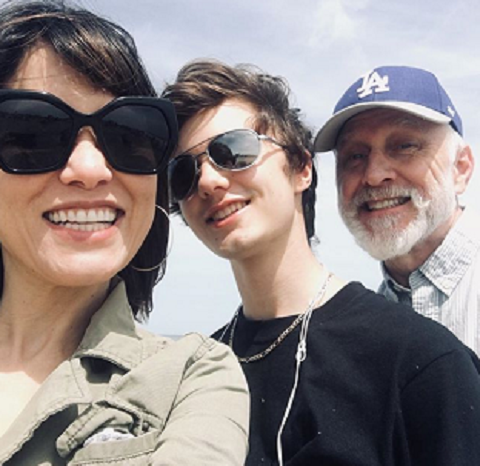 As per the report, Kimiko was also previously married to her ex-husband Jeff Cazanov. It's unknown when the pair exchanged the wedding vows and when they got a divorce.